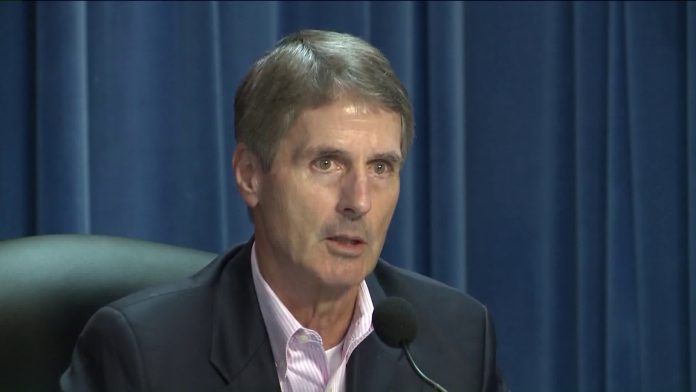 
HUNTSVILLE, Ala. – As Alabama crossed the 100,000 mark in COVID-19 cases Wednesday, local health officials said numbers in Madison County are down substantially.

Huntsville Hospital CEO David Spillers said 167 people are currently hospitalized in the system’s hospital across the North Alabama region. That’s down 35 cases from last week. He added 60 people are in the ICU and 31 are on ventilators.

In Madison County, Spillers said 97 people are hospitalized, down 12 from last week. He said 31 are in the ICU and 22 are on ventilators. Crestwood has 12 inpatients, four in ICU, and two on ventilators.

Madison Mayor Paul Finley said over the past two days, Madison County has averaged 32 new cases, the smallest figure seen in many weeks. He said the number of Madison County residents under quarantine is also down sharply, with 1,376 residents quarantined.

Spillers also reported reductions of inpatients outside of Madison County. He said Decatur-Morgan Hospital is down to 19 patients. Marshall Medical Center and Helen Keller Hospital are both down to 14.

“Positive news, things are trending in the right direction for our inpatients,” Spillers said. “We need that number to continue to fall. Ideally that number would be zero, but below 60 for the region would probably be a manageable number with about half of those here in Madison County. So we continue to hope they will trend down to the point we don’t have more than 30 in our Madison facilities and no more than 30 spread out throughout the region. And obviously, none of those concentrated in any one hospital.”

Highlands Medical Center went up to five patients, Spillers said. Russelville Hospital has three patients and Lawrence Medical has one. He said Lincoln Health also has one.

Spillers said statewide hospitalizations are trending down. He said the seven-day average for people testing positive in the state is to 1,291 per day thanks to masking. He said that number peaked on July 15 at 1,851.

Spillers expressed concern about Labor Day. According to data, Spillers said there’s usually a spike numbers two weeks after a holiday. He hopes people continue doing what they’re doing to slow the spread.

As the number of COVID-19 inpatients go down, Spillers said he hopes to once again offer elective procedures to patients.

Spillers said 119 Huntsville Hospital employees are out due to COVID-19, down from 156. He said the decrease benefit the hospital system and helps with staffing.