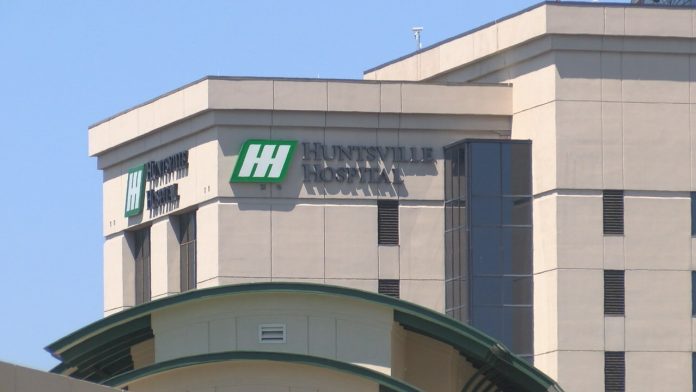 
Despite a global pandemic, some health care workers aren't on the job. Huntsville Hospital said currently more than two thousand of the hospital system's 15,000 employees are furloughed.

The Hospital CEO is hoping to get some of the employees back to work in a few weeks if the state reopens.

David Spillers, the Hospital CEO, Said the number of Coronavirus Cases in north Alabama are currently much lower than what they originally anticipated.

"We have been blessed as a community. We have been ready for a large number of inpatients with COVID, and we have not seen that, so our volumes today in our hospital are about half what we would have normally been seeing prior to COVID-19," he said.

Spillers said there are plenty of hospital beds available system-wide, and there are far fewer people are hospitalized with Coronavirus than they originally anticipated. He said with a smaller patient load, and elective surgeries on hold right now, some hospital employees are out of work temporarily.

"It's a difficult process. The hardest thing you ever have to do is reduce people's hours or furlough them, but hopefully we will start bringing people back on board soon," he said.

Spillers said he didn't have an exact count on how many employees were working on reduced hours. He said throughout the hospital system about 2,000 employees were furloughed.

"We hope that as we start the economy back up, if that happens in May, then we will start adding elective procedures back. We will open up our imaging centers and those services that have been closed and those people will come back to work, he said.

Spillers shared with WAAY 31 some employees actually chose to be furloughed instead of going to reduced hours because unemployment because the stimulus package expanded benefits for those out of work during the pandemic.

"Some people actually chose to be furloughed because then they could then get the unemployment which the government made it very, I won't say it's lucrative, but it's a good amount if you get it all," Spillers said.

He said they are still working to learn when they will be able to start back up for elective surgery. WAAY 31 expect to learn that from Governor Kay Ivey once she presents her plan to reopen the state.