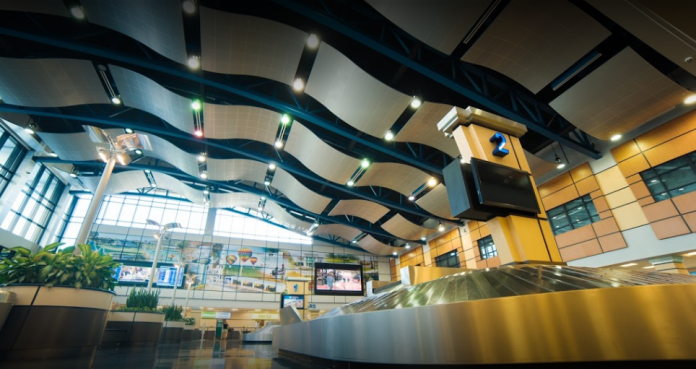 
HUNTSVILLE – Huntsville International Airport is getting a share of the $2.2 trillion COVID-19 federal relief package, and with Huntsville passenger traffic at 2-5% of normal levels, airport officials say they need it.

The grant funding “will allow us to continue to operate,” said Huntsville International Airport public relations manager Jana Kuner. She said the Huntsville/Madison County Airport Authority has been able to retain all of its approximately 120 full-time and part-time employees.

Rick Tucker, the airport’s CEO, said in a release that the money will also maintain the “ready status” that’s needed to immediately ramp up air service capacity as the economy recovers.

Passenger traffic at the airport has plummeted, down to “2% to 5% of what we would normally have,” according to Kuner.

The airport had originally projected revenue losses from the onset of the COVID-19 fallout through June 30 to be between $7 million and $10 million, but with traffic down more than expected and the falloff quicker than expected, the airport has now projected that revenue loss through year end could reach $21 million. That’s not accounting for additional losses if the recovery period resulting from the pandemic continues, according to the airport.

In accepting the grant, the airport is required to maintain 90% of its workforce through the end of the calendar year, according to airport officials.