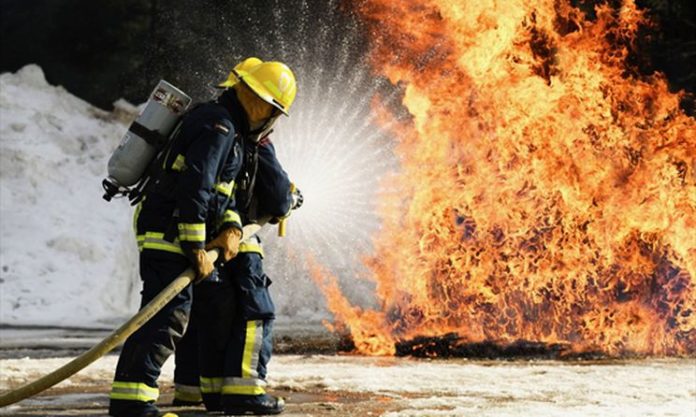 It’s that time of the year again for the Huntsville and Lake of Bays Fire Department: they’re set to host their annual recruitment campaign this February to hire part-time firefighters.

The department’s recruitment officer says they’re doing everything they can to bring in and train new members in spite of unique challenges the COVID-19 pandemic poses.

Starting Feb. 1 going until Feb. 26, the department plans to go through all applications for the job online, host interviews and begin each member’s required 160 hours of training.

“We are taking every measure possible to make sure that everybody that shows up on a regular basis is safe,” said Paul Calleja, the department’s training and suppression officer. “We have, I think, an optical responsibility to the public that we are doing things responsibly.”

A communiqué from the Office of the Fire Marshal exempts fire departments from standard social gathering protocols during training, effective Oct. 19. Calleja said their department is trying to adhere as close as possible to the normal guidelines throughout recruitment.

This year, instead of an in-person meeting, complete with a tour of the firehall, people will participate in a virtual information session on Jan. 28 and submit applications online.

“It is what it is,” he said. In lieu of traditional meeting and networking, Calleja said he’s glad to chat with recruits personally over the phone throughout the campaign.

He said he doesn’t have a specific goal for recruitment this year, as the numbers of new recruits fluctuates from 75 to 110 across the years.

“We’ll run a recruit class with one person, if that’s all that shows up,” he said.

The department is hiring part-time members who work an average of 200 hours a year.

“A part-time firefighter is no different than a career firefighter,” he said. Part-timers aren’t stationed at a fire hall: they wear a pager and are called to scenes when there’s an emergency.

Gary Monaham, the department’s deputy fire chief, said they haven’t seen a consistent increase in calls for service from the fire department since the pandemic began which would require them to recruit more members.

“Back in March, when they first announced it, our medical calls dropped dramatically. Nobody wanted to call EMS. By the summer time, medical calls started going high again,” he said. “It’s up and down.”

Monaham said calls have dropped “dramatically” in the last three weeks since the lockdown began.

Calleja said it can be difficult to recruit people from lower-population communities in Lake of Bays: part-timers are “stationed” in their own communities.

“It’s easier to find bodies in Huntsville than it is to find them in Dwight,” he said.

With this challenge in mind, Calleja said they look to emphasize the benefits to joining the crew: an hourly wage, a compensation and insurance package, the opportunity to learn new life skills and a foot in the door to a new career in firefighting.