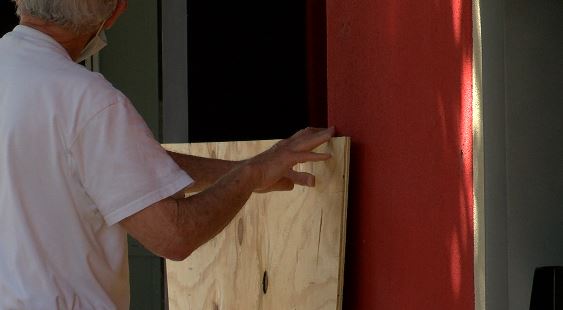 Right now, businesses in downtown Huntsville are preparing for another rally Wednesday afternoon and night.

Monday night's protest did not result in any looting. However, incidents did escalate at Bridge Street Town Centre following the protest, resulting in an arrest.

With another rally taking place at Big Spring Park, a downtown landlord chose to board up several businesses.

This included the boutique Silhouette.

"It hasn't affected my business personally," Owner Frida Morel said. "From what I witnessed (Monday,) it was very peaceful."

Morel's business opened about a year ago. After coronavirus forced her to shut down Silhouette for about two months, business is picking up again.

"It's been wonderful, but this just doesn't help, but I'm not overly concerned about it because its temporary," Morel said.

Monday, Morel was open and witnessed parts of the protest herself. She said what she saw was peaceful.

However, her landlord is concerned about future rallies and is taking precautionary steps by boarding up windows.

Morel said even though her business is boarded, she still supports the protesters.

"I think everybody's voice needs to be heard, the protest is for a good cause," Morel said.

Morel's store will be closed until the landlord decides to remove the boards. However, she is not worried about the long-term effects.