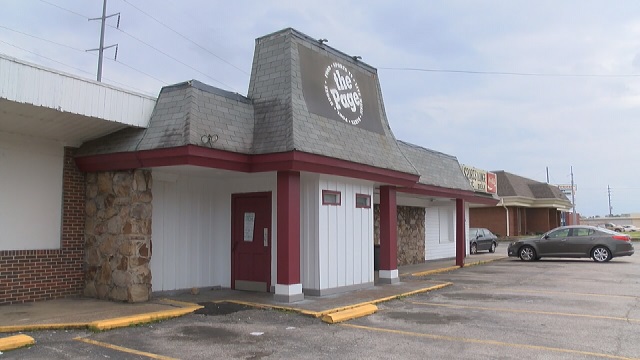 The stay-at-home-order put in place by the state is supposed to end at the end of this month, and since we're about half-way there WAAY 31 wanted to know what it will look like when the state and city of Huntsville reopens.

Mayor Tommy Battle said at City Hall the city is looking into how it will re-open after the stay at home order is over if it's not extended. One local business said they want everyone to be healthy, but extending the order could be the end for their business.

A month after first talking to the owners of Sportpage, WAAY 31 got an update Monday with co-owner, Brian O’Beirne.

"If we have to keep going the way we are going now there is no way we would make it past June," said O'Beirne.

It was forced to shut down last month when restaurants and bars stopped letting customers inside.

“It’s been completely, I’m speechless. I don’t know. I haven’t even heard from some of my employees," he said.

WAAY 31 asked Mayor Tommy Battle what a re-opening of the City would look like if it does happen on May 1st and he said they're trying to figure that out.

"We’re looking at tomorrow and tomorrow’s picture of when you open up. It will be our job to define who owns up and how quickly," Battle said.

The Mayor said all businesses might not be able to open at once and the city will have to determine how to enforce social distancing guidelines when it re-opens.

"As we open, we open in waves, so we do not overwhelm the system and not spread the COVID-19 virus,” Battle said.

Battle said the Huntsville Police department will play a huge role in making sure everything is opened properly.

"Our community resource officers will be working double time to make sure we open these places and open them properly with the right sanitation and separation and everything else," he said.

In the meantime, O'Beirne’s just hoping they can re-open sooner rather than later.

"If all the things I thought we would go out of business for, when times got tight, business got slow, a repair, or something would go out, but I never ever thought this would be what got us to the edge," he said.

The Sportspage said they are doing some to-go food orders but those orders can't pay the bills. The owners applied for a small business loan nearly 2 weeks ago and are still waiting to hear back