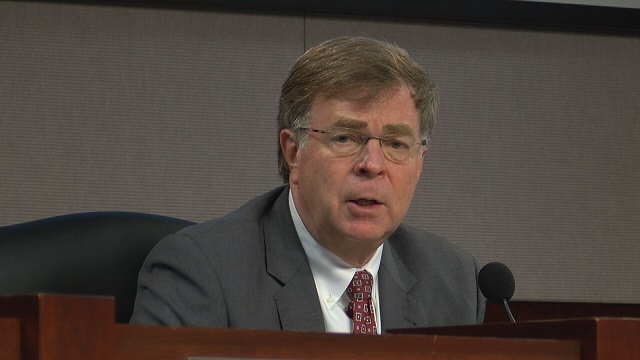 WAAY 31 took an in-depth look at the economy and what you can expect as the state reopens.

Wednesday, Huntsville Mayor Tommy Battle said the city will lose at least $15 million because of the coronavirus. A lot of that money is directly tied to restaurants and bars.

Battle shared some of his plan he submitted a plan to Gov. Kay Ivey. It included how to work with local restaurants to reopen safely. Battle suggested no more than four people at a table, 6 feet between tables and for anyone who handles food to wear mask and gloves.

Mike Roberts co-owns the Sportspage. He said his restaurant's plan to reopen is similar to what Battle suggested.

"We had a cleaning party set up to get all the social distancing for the tables and get everything set up," Roberts said.

Wednesday, Battle admitted fully reopening restaurants and bars is a priority, but he understands the state's concerns.

"Birmingham is a hot spot. You open the restaurants in Huntsville, but do you want Birmingham folks to come up here and then have a potential for a hot spot here, too?" he said.

Battle said sales tax revenue from the last month shows the impact of curbside and delivery only restaurants.

"We had about 11 good days, and then the rest of it was very little for restaurants," he said.

He said empty hotels and convention centers add to the financial pain.

"We are down 40% in lodging taxes. We expect to go down 80% in lodging taxes," Battle said. "Our overall hit is going to be around $15 million. It could go to $20 million if you want to count in some of your secondary subsidiary such as the Von Braun Center, museums and others."

Just like so many of you, the mayor is worried about re-opening businesses before a loss of money forces them to close their doors for good.

"We've got to learn how to do this in such a way we don't spread a virus, it's a very fine line. We don't spread the virus, but we can live and our industries can live," he said.

Back at the Sportspage, it's what Roberts hopes to see.

"We're going to do whatever we can do. We got so many great regulars and supporters in this community," he said.

Battle said he is hoping to give restaurants, hair salons and gyms a date of when they will be able to open back up by next week, but that's ultimately Ivey's decision.