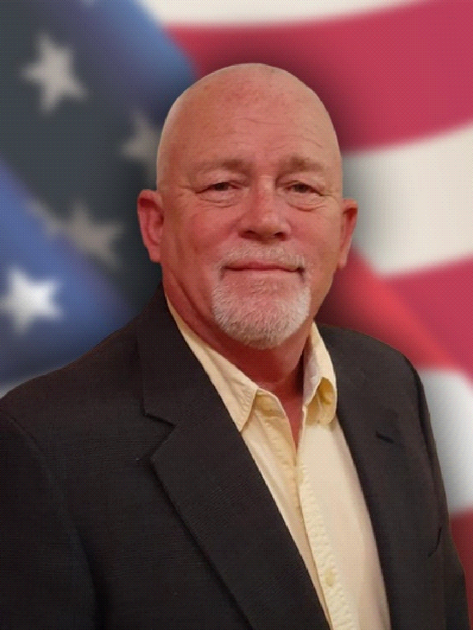 Miller has served as Huntsville’s mayor for a total of eight years, from 2004 to 2010 and from 2018 to present He also was a Huntsville City Council member for seven years intermittently and served on the Huntsville Park Board from 2001-2002.

Apart from his government experience, Miller held several positions in the Randolph County Road and Bridge Crew from 1979 to 2002, worked as driver at the Walmart Distribution Center in Moberly for 13 years and has served as a vocational services supervisor at the Moberly Correctional Center since 2015.

Working in Huntsville’s city government and as a county road grader will translate well to county government, Miller said

“It’s basically the same,” he said. “You have to work with a budget and spend your money. You want to try to take care of your employees and to keep your road district up.”

Opposition of the Grain Belt Express Clean Line, a project that aims to construct a wind energy power line from Kansas to Indiana, which would pass through the southern portion of Randolph County, is one of Miller’s top priorities, he said. Like most opponents of the line, Miller said his main qualm with the project is the use of eminent domain among Randolph County farmers and property owners.

“I don’t feel like that’s something that’s a benefit to the citizens of Randolph County,” Miller said.

Miller would like to see upgraded equipment and increased pay for county workers, including the Randolph County Sheriff’s Office.

Miller also supports the commission setting up a regional sewer system for smaller towns and cities in Randolph County and the expansion of water services in the southern portion of the county.

“We could get something to where everyone was doing it the same way and taking care of it the same way,” he said. “A regional deal would not be so expensive for everybody, especially in the small communities,” he said.

Miller is familiar in dealing with sewer issues. The Huntsville City Council rejected an agreement with Moberly that would have brought its sewer system up to Department of Natural Resources and Environmental Protection Agency standards, but Miller and other Huntsville officials have been in talks with the county commission to potentially set up a countywide sewer system.

Increased water, sewer and broadband services also are keys to attract business and economic development to Randolph County, he said.

He is choosing to not make any campaign promises, but does want to hear from Randolph County citizens and plans to look into any issue that is brought to his attention.