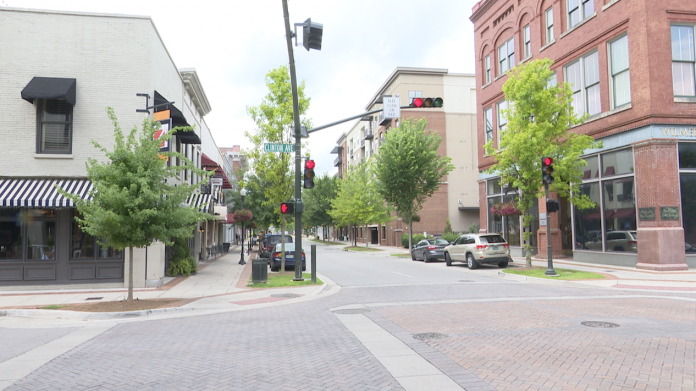 HUNTSVILLE, Ala. – Huntsville Mayor Tommy Battle says he is hopeful businesses will begin to reopen in May. But he expects the process of reopening the economy will come with its fair share of challenges.

Officials say the coming weeks are critical to the community’s health.

Battle says he expects to begin the process of opening non-essential businesses next month. “Maybe 10 to 14 days from now actually having the first phase of opening up,” he stated.

He says he expects four weeks after that most businesses will be back in operation. But the move to reopen carries some risk.

As of Monday night, more than 5,000 cases of COVID-19 had been confirmed in the state along with 154 reported deaths.

202 cases have been confirmed Madison County along with 4 deaths.

According to a recent Harvard study, 500,000 COVI-19 tests must be conducted daily across the nation to safely reopen the economy. Currently, there are only about 150,000 tests being conducted a day.

“I agree with their report. I think we’re going to need more tests. I think at some point we are going to have to probably test people who aren’t symptomatic,” said David Spillers, Huntsville Hospital CEO.

Spillers says the hospital is working to increase its testing capacity, by getting another testing machine. But a major hurdle continues to be the availability of testing supplies.

“I don’t think there are enough out there right now to test people who want to be tested. It’s just a supply shortage,” Spillers said.

Spillers is keeping a close eye on a COVID-19 hotspot in north Alabama. Marshall County has 167 confirmed cases and 3 reported deaths.

“I’m concerned about Marshall County right now, just when you look at the number of cases relative to their population. If those start converting to inpatients our hospitals there will fill up quickly and we’ll have to take care of some of those patients here,” he said.

Spillers says the demand for testing has gone down. He says March 23, was the day they administered the most tests. They conducted 531 tests that day. He says the average has since dropped to 125.

Mayor Battle and health officials say even after businesses begin to reopen, it will be extremely important for people to practice social distancing and to wear masks if they cannot maintain a safe distance in public.

They say all it takes is one large gathering of people not wearing masks to cause a large spike in cases.