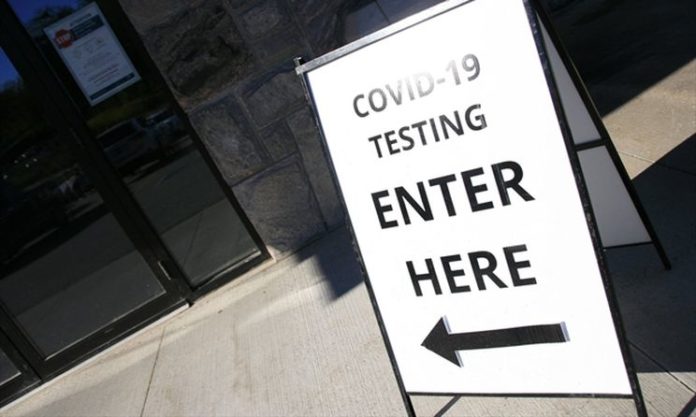 The mayor, in a brief holiday address offered to the community during an online town council meeting held Dec. 14, said the COVID-19 crisis had made for a difficult year, but urged everyone to continue to follow provincial and public health rules as end-of-year holidays approached.

“We’ve put in nine months now, so if there is a little more work to do before we’re through this, I hope we don’t blow it for a couple of days at Christmas,” said Terziano. “I know it’s hard, but we’ve accomplished a lot so far.”

She noted safety was vital.

“On that note, I would, on behalf of council, wish our community a very safe, healthy and happy Christmas season,” she said.

The message came after a brief council discussion on the COVID-19 situation.

The province shifted the Simcoe Muskoka District Health Unit into red-control COVID-19 status on Dec. 14, which meant limiting close contact to those with whom you live and keeping a physical distance of two metres from all others, not visiting other households or allowing visitors into your home, and only leaving your home for essential reasons, such as work, school, health care, groceries, physical activity and helping vulnerable people, as examples.

Terziano noted the new restrictions were particularly difficult for businesses, as the red-zone designation, for example, “reduces the number of folks that are allowed into our restaurants and eating establishments, definitely making it hard on our business community.”

The rules limits restaurants, bars and other food and drink establishments to a maximum of 10 patrons indoors.

Coun. Tim Withey asked whether there had been any talk about petitioning the province to reconsider Muskoka’s status, since it had a much lower rate of infection than Simcoe.

“Is there an opportunity for us to have that reconsidered, seeing as we have so few cases?” he asked. “Or is it a done deal?”

The vast majority of COVID-19 cases in Simcoe-Muskoka were in Barrie, Bradford West Gwillimbury, New Tecumseth, Essa and Innisfil, according to the health unit.

And efforts to petition the province had already been underway even before the province’s decision to shift Simcoe-Muskoka into the red zone.

“There is conversation going on,” added Terziano. “We will see what this week brings, whether there is any conversation about that.”