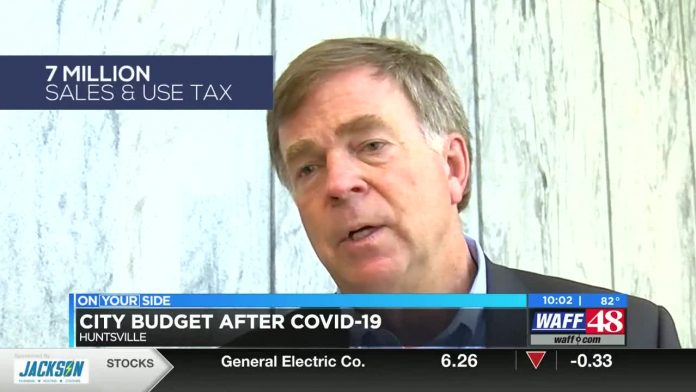 HUNTSVILLE, Ala. (WAFF) - The city of Huntsville is facing a $10 million to $15 million loss because of the pandemic, but Mayor Tommy Battle said he has a plan.

The past several years, Battle said the budget has always done really well, except during the recession in 2008.

Now that the pandemic has hit, he’s facing similar challenges. The mayor said the city made it work then, and they will make it work now too.

Finance Director Penny Smith said with cutbacks from departments, federal help, and an increase in some revenues, the city should not have to dip into its reserves for emergencies.