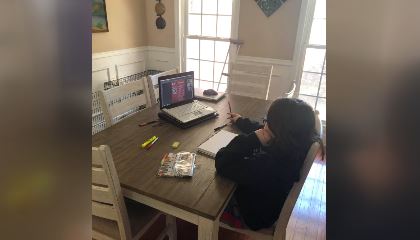 The state superintendent of education, Dr. Eric Mackey was supposed to release a plan today, but pushed it back one more week.

One parent told WAAY 31 she was looking forward to hearing the plan for Madison County Schools on Friday, so it could help her make a decision on whether or not to homeschool her kids. Now she feels stressed knowing there's less time to make that decision.

"I hope that they are delaying it because they need to do a little more research to see what's going to benefit the children and the teachers when they go back, but I do need ample time to make a plan," said Danielle Wingate.

Wingate says she's been waiting for weeks to find out what changes her children will experience at school this Fall.

"I need to prepare to home school them if that's what I have to do," said Wingate.

She says depending on Madison County School District's plan, she will either decide to keep her kids in the physical school setting or keep them home.

"If it's a mindless conveyor belt of education instead of the full spectrum of what they get, I don't think kids would benefit that much," said Wingate.

Wingate says she's worried about her children not getting the social interaction they need at school.

"Even emotional impacts, as far as people wearing masks, and not being able to read facial expressions," said Wingate.

She says there's so much unknown about the fall semester.

The State Superintendent of Education says he will be meeting with school superintendents Monday through Thursday of next week to discuss plans.