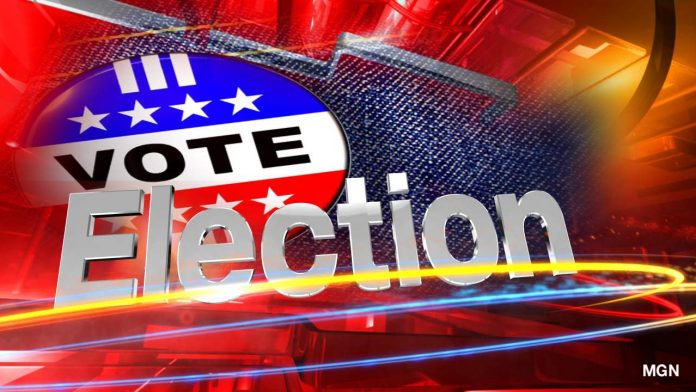 
In exactly one month, voters in Huntsville will head to the polls for a municipal election.

Jackie Reed is making her ninth run for the mayoral position. She has also run numerous times for the District 4 seat on the Huntsville City Council.

Andy Woloszyn, who was born in and grew up in Huntsville. After working in Tennessee for a number of years, he returned to Huntsville in 2016.

Maurice Shingleton Jr. is also on the ballot for mayor. He said in a statement that he was "first inspired to run in the wake of the murder of George Floyd and the ensuing protests, especially those in Huntsville."

In a campaign email, Battle said during his time in office since 2008 that "nearly 30,000 jobs, more efficient infrastructure, excellent quality of life amenities, and fiscal responsibility" had come about.

Huntsville City Council President Devyn Keith and Councilman Will Culver are both seeking reelection on August 25 as well.

Chris Baker and Joseph Wayman are challenging Keith for the District 1 seat and John Meredith and Tom Hoph are running against Culver.

On the school board, Michelle Watkins is running to keep her seat against challenger Deidra Willis-Gopher for the District 1 position. School board member Carlos Mathews is also running for reelection, but no one qualified in time to oppose his candidacy.

According to the City of Huntsville's website, the candidacies of Wayman, Willis-Gopher and Hoph are all awaiting approval from the Alabama Ethics Commission.

Because of the coronavirus pandemic, the Secretary of State is allowing all Alabama residents to cast an absentee ballot if they choose to do so.

The last day to register to vote for the municipal election is August 10.

Those filling out an application should check the box that reads: "I have a physical illness or infirmity which prevents my attendance at the polls. [ID REQUIRED]." The deadline to apply for an absentee ballot is August 20.

Those ballots must be postmarked by August 24 and received by noon on August 25 to be counted.