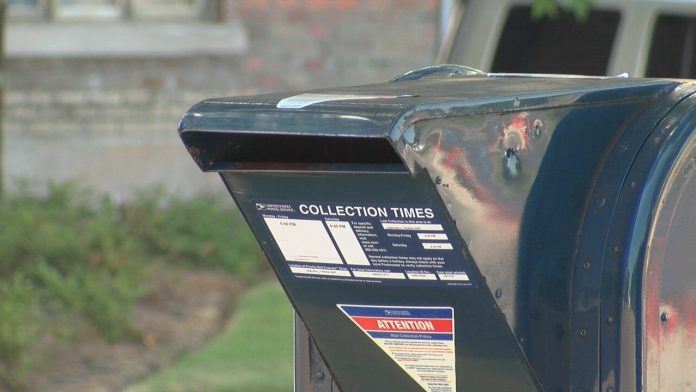 We're waiting to hear back from Alabama's U.S. Congressmen after Tuesday's developments with the post office.

But in North Alabama, one group said they're doing their part to make sure those who want to vote absentee are able to do so.

The president of the non-profit "Vote Huntsville" told us she and her team will do everything they can to make sure your ballot will be counted.

Beyond the city of Huntsville, once it's mailed in, you can track the progress of it online.

"Your vote absolutely matters. It doesn't matter your background, where you're from, how old you are, your vote does matter," said Emma Steelman, president of Vote Huntsville: a non-profit organization aimed at helping people understand polling and voting.

She told us this year, more people have reached out to her group for help with absentee voting after seeing reports of delays from USPS.

She wants people to know there are options other than dropping your completed ballot off in the mail.

"You can apply for your ballot, send that in the mail and when your ballot comes you can actually fill it out and drop it off at the city hall building to the election manager," she said.

Steelman told us once you request an absentee ballot, it should only take three days to get one.

If you dont feel comfortable or can't make it to City Hall, a Vote Huntsville volunteer will take it there for you.

Alabama Secretary of State John Merrill said under state law, voters can return their ballots by commerical carriers like Fedex or UPS in addition to the U.S. Postal Service.

He encouraged anyone who plans to vote absentee to apply for a ballot soon.

Merrill said that way, you're aware of any issues with months to spare.

In North Alabama, Steelman said she wants people to vote no matter what...and know the impact it has on your community.

"Voting does accomplish things and we need to remember that when we're discouraged that it's one way we can voice our opinions,"she said.

Vote Huntsville is having events and information sessions every weekend leading up to November.