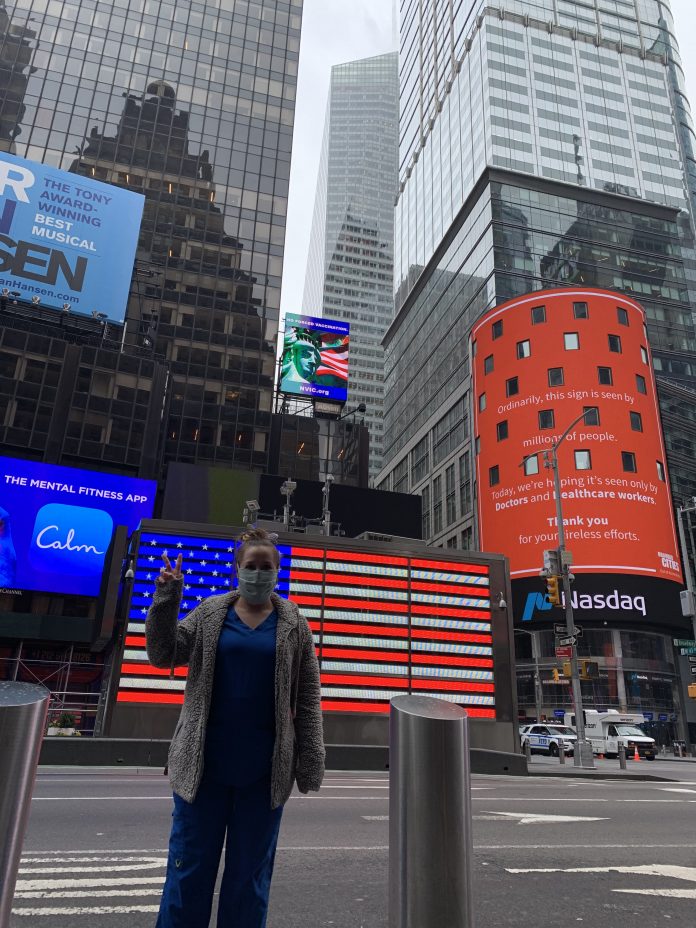 HUNTSVILLE, Ala. – Today is National Nurse’s Day. It’s set aside to recognize the women and men who play such a big role in our healthcare, but it has a renewed meaning this year.

Some of those brave nurses have accepted the call to fight COVID-19 in America’s hardest hit cities.

WHNT News 19 spoke with a Huntsville nurse who was willing to lose her job to fight the pandemic head-on in New York City.

One ticket to NYC

“I pretty much said it’s time to go,” Jessica Upton.

“I wasn’t afraid. I was more afraid of them not having sweet tea,” said Upton jokingly.

But the call to fight forced her to leave her nursing job at Encompass Health Rehabilitation Hospital, formerly known as HealthSouth.

“When she told me that she had to quit her job at HealthSouth, it wasn’t like she was taking a leave of absence,” close family friend Kathleen Glasscock. “I said, ‘what about when you come back?'”

The crisis forced Upton to leave family on short notice too.

“It all happened really fast, so we didn’t get a lot of time to talk about it,” said Upton’s sister, Jasmine Stott.

“Jess gave me a call one morning, and she was like ‘Pastor, I feel this need to go to New York.
You’ve been teaching about kingdom and I just feel this desire in my heart to go,'” said Beacon Hill Worship Center Pastor Willie Diggs.

She got the confirmation she needed and left two days later.

“What can you say when somebody says ‘I really feel like God’s telling me to do this?'” said Glasscock.

For Upton – it was a matter of putting her faith into action, telling her friends “my mission is to do what I can as a nurse where the greatest need is.”

Nurses are in need more than ever right now in those hard-hit cities.

“She and I have been having this conversation on the need of being our community — our responsibility,” said Diggs. “I believe that it’s something that she took a hold to. She took it up there to New York.”

Fighting to the end

When this is all over…”we’re definitely going to have a sister day,” said Stott. “I’m so proud of the work she’s doing and the difference she’s making.”

For now, Upton is focused on the present.

“No matter how much experience you have as a nurse, you don’t have experience in this,” said Upton. “So it’s important to mentally prepare yourself.” But she’s till looking forward to the mission that will eventually lead her home.

Upton said her nursing contract ends June 22, but she’ll remain in New York City for as long as she’s needed.