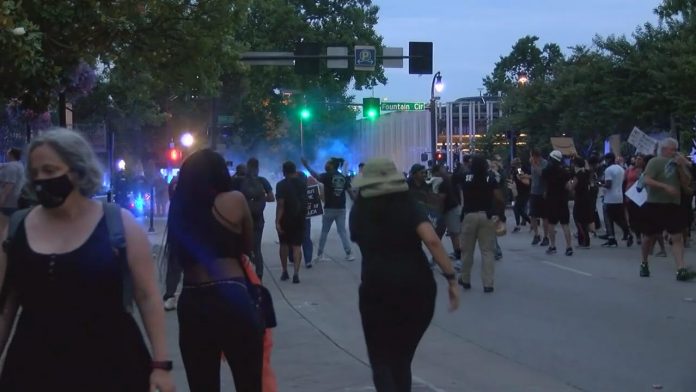 
Another protest is planned in Downtown Huntsville Thursday night, and at the same time, city council plans to hear from people about two protests last week.

WAAY-31 asked the organizer of the protest what he’s doing to keep people safe.

"I know that hasn't helped in the past, but if we can continue to peacefully protest it'll show that we're coming out here and doing our part and that the problem is not us," said Brendan Lewis, who organized Thursday’s protest to help force police reform.

"There's something in the air that's different about this one and I feel like this is going to be the final push and we're really going to get things done," he said.

One board member wants to create an independent review board and they all want to hear from police and protestors about what did and did not happen last week.

Lewis plans on making his voice heard protesting on the streets and talking to council members in the meeting.

Lewis told WAAY-31 he knows there have been several protests and there will be several more until change is made here in Huntsville and across the state of Alabama.