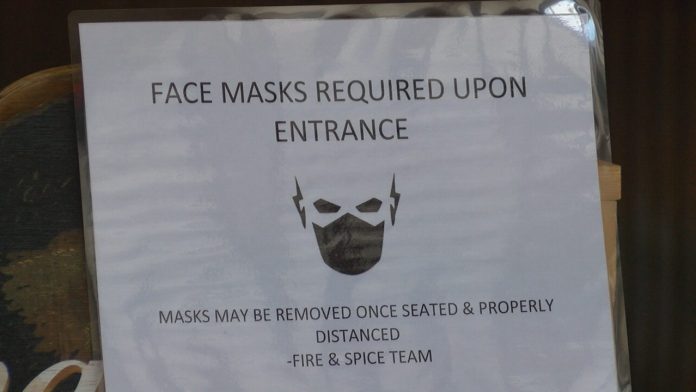 At least one business in Madison County says it’s losing money because of the county’s new mandatory masking rule.

WAAY-31 talked to the owner of Fire and Spice Tex Mex Smokehouse, where some customers are not happy with mandatory masking.

Because of the county-wide mask ordinance people have to wear masks when they're ordering and when they come inside. Because of that, the owner of this restaurant said it has caused business to decrease.

"I've been mocked, my staff has been mocked. We've lost a lot of business. People have come up to the door and said they're just not going to eat from us because we're wearing a mask... Even though it is a mandated order," said LeAndra Poux, co-owner.

Poux called the past two days rough. She took to Facebook to plead with some customers to stop making rude comments to her staff.

She also told us other possible customers refused to stay because the restaurant is enforcing the masking ordinance.

"We have no control over this, we're just trying to run a business. I felt the need to just ask for kindness during these hard times," she said.

In and out of the restaurant on Memorial Parkway, you'll see signs letting you know masks are mandatory.

Earlier this week, Alabama’s department of health and Madison Vounty health officer, signed off on the order in public places and where social distancing is not possible.

It’s in effect until further notice...and now Poux made this plea to everyone.

"If we just have the support and love from our customers like we used to that would be even more of a morale booster... And we'll get through these hard times together," she said.