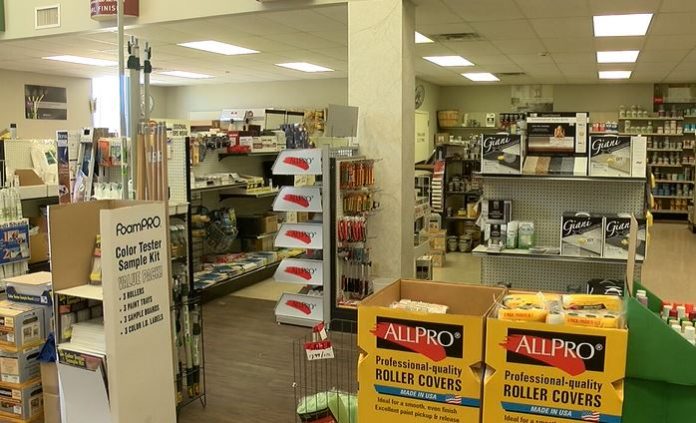 At the Huntsville Decorating Center, the owner tells WAAY 31 he isn't letting more than ten people inside his store at a time. If there's more than ten, some people will be asked to wait outside.

"We would have people come in to look at colors, but we limited it to ten people," said the owner of Huntsville Decorating Center, Terry Campbell.

"I know it's hazardous but we've got to get the small businesses going again," said Campbell.

He says he's making sure everything is wiped down regularly and that people are standing six feet apart at all times. He also says while he prefers customers to wear masks, he isn't requiring them to.

"A lot of people just don't want to wear them and if you don't have to, we don't require anybody to," said Campbell.

Terry's shop is in the same building as Thrasher Clothing.

Johnny Thrasher is opening up his store again on Friday.

He has hand sanitizer at the door for customers to use and is only allowing three people inside at one time.

"Should be safe enough for everybody without being close to each other and I've got enough space," said Thrasher.

Thrasher says he never thought he'd have to monitor his store like he has to now.

"It's unreal. It's like, you never would have dreamed that something like this would happen in our lifetime," said Thrasher.

Both Thrasher and Campbell says they won't turn customers away if they aren't wearing masks, because business is so slow, they need the money to stay open.