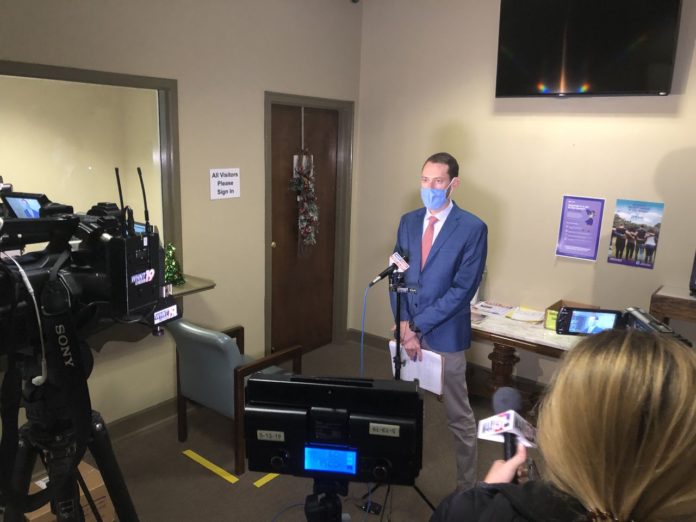 But only grades K-8 can use their school-issued Chromebooks to do so, and all students must stay off the Huntsville City Schools network when they do log on to those platforms.

High school students and teachers should stay off their Windows laptops as the 23,000-student system continues to recover from a Nov. 30 cyber attack, spokesman Craig Williams said today.

Teachers’ laptops are being replaced, and grade 9-12 students are dropping their laptops off at school for checks. They should leave those devices turned off and expect to get them back in January after winter holidays, Williams said.

The new laptops for teachers were already on hand, Williams said. They had been ordered for possible use during the COVID pandemic and arrived around Thanksgiving, he said.

Williams said Windows devices appear most vulnerable to the cyber attack. He declined to discuss the investigation into the attack but confirmed the system is not covered by cybersecurity insurance, which he called “not very common.” Buying that insurance now “is being examined and considered,” he said.

Williams also declined to speculate on the cost of the attack to the system. “But when we’re paying for a team of outside cybersecurity experts, there’s a cost to that,” he said.

Williams said the system shut down initially “so the IT team could be looking at a clean network” as it fought the intrusion and also “to give the teachers a couple of days to adjust lesson plans.”

“Teachers can absolutely teach without technology,” he said, but a couple of days to plan was helpful.

Asked if the investigation is close to completed, Williams said it “has made significant progress (but) we likely have a long way to go in terms of remedy and resolution.”

If the FDA provides emergency authorization and the government provides free COVID vaccinations, when would you plan on getting a COVID vaccine?