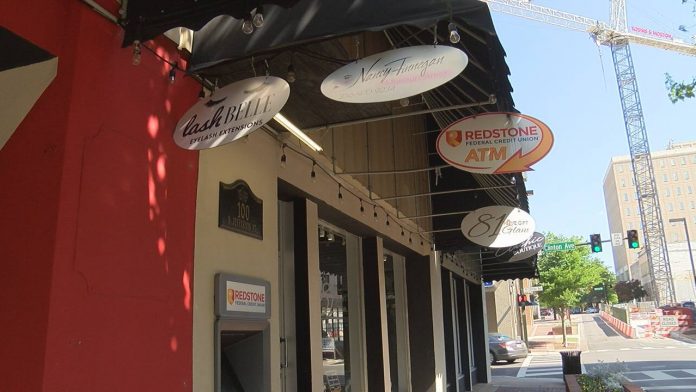 This is what shoppers in Downtown Huntsville told us now that people can go to some of their favorite stores to shop.

We wanted to see what businesses have re-opened and what they're doing to stay safe during this pandemic.

WAAY-31 spoke with several business owners about how they have adjusted to the "safer at home" order.

Several shops on Jefferson Street are still closed because they cannot operate under the new order...However, some are open, but they're re-evaluating what to do next.

"I had a fair amount of people today, and that came in yesterday. But I do think it'll pick up. I think a lot of people are making the transition slowly because people are a bit timid with what's going on. You know with people around them," said Frieda Morel.

She says the first weekend back went pretty well, but is having to shift some of her sales to online...which is something she never imagined.

Right now, only 4 people are allowed in her store at a time, so she had to improvise.

So did makeup artist, Nancy Finnegan, who turned to pet portraits during this time of quarantine.

"Luckily, I found a purpose but a lot of people are not having a purpose to do right now and that's going to be very damaging if we don't open up the shops," Finnegan.

Finnegan says she fears for business owners who cannot open.

But she's keeping a level head... just like 18-year-old, Maddio Cimino, who is gearing up to open her first store front: Maddie's Cookie Company.

What started at home in her kitchen, has grown to a new found love from medicine to marketing... and she's hoping as soon as the stay at home order ends, she'll be up and running.

"I'm excited to have the store and see my customers face to face. We'll be open in the next couple of weeks and it's just going to be a lot of fun to meet everyone," she said.

While most things are unknown right now...all the women we spoke to are staying optimistic.

"I think Huntsville does a good job but really we just need to get the governor to open up all the shops," said Finnegan.

The safer at home order will expire May 15th.

We should expect to learn about a new order in place before then that may lessen restrictions and allow more places to open.