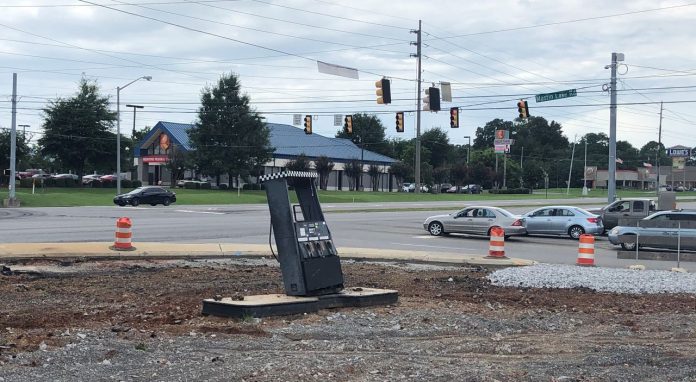 
The city of Huntsville has started work on what Mayor Tommy Battle said will be the last overpass planned on the city’s north-south corridor of Memorial Parkway.

Demolition work has started to make room for the new overpass at Mastin Lake Road in north Huntsville.

But while parkway commuters by now are familiar with overpass construction, Battle said this is last one.

“We plan on, once we’re done with the Mastin Lake overpass, being done with the parkway,” Battle said at the city council meeting last week.

“I think everybody will breathe a sigh of relief on that,” Battle continued. “At that point, I think our parkway does exactly what we need. It carries people from one end of town to the other and it carries them quickly. We have no plans on overpasses at Winchester, no plans for overpasses further south. I think we have accomplished what we need to with the parkway to be able to get people through our city.”

Davis said that while at one time there was discussion about building an overpass at Winchester Road near Alabama A&M University, those talks have been discarded.

The Mastin Lake overpass, an estimated $38 million project, will be one of the last projects in Huntsville’s partnership with the state of Alabama in what’s been a 50/50 split in costs on road projects in the Rocket City. The remaining project is the widening of U.S. Highway 72 on the western end of town. Design work is nearing completion on that project, Davis said.

While the Mastin Lake construction project is now in its infancy, Davis said it’s too soon to set a completion date. The demolition phase is projected to be completed in September and then there will be the extensive phase of relocating utility infrastructure.

“There will be no detouring people off Memorial Parkway and through neighborhoods,” Davis said. “We will maintain two lanes in each direction at all times. The overpass will set in the middle of the two lanes. We will construct in the middle and keep cars on the outside.”

Davis said demolition work has also started on the latest phase of the Northern Bypass, which will extend the four-lane MLK Highway to Memorial Parkway near Bob Wade Lane. That’s considered a crucial upgrade as it will create a new four-lane highway from north Huntsville directly to Redstone Arsenal.