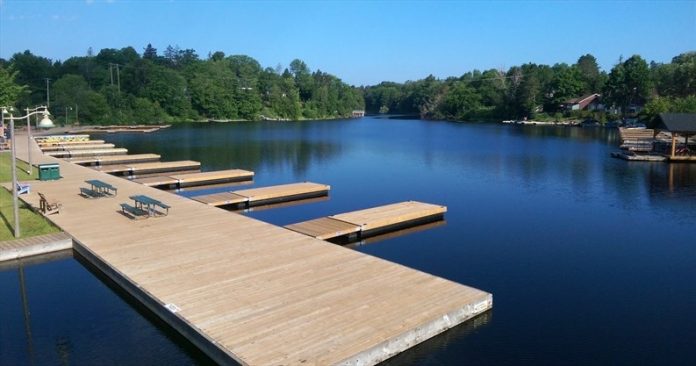 
Huntsville’s downtown waterfront has a new look, thanks to one company’s community spirit.

Jan Nyquist, president for Huntsville-based Pipefusion, said the company’s contribution to a new set of downtown waterfront docks was about giving back to the community.

“We love what we do, and we love this town,” said Nyquist. “And we do actually like to give. I know it sounds ridiculous, but that’s what we do. It’s not the first time, and it’s not the last.”

The town paid roughly $39,000 plus HST, which was below cost, for two six-foot-by-60-foot gangways and 12 four-foot-by-20-foot finger docks for the west side of the downtown waterfront, plus removal of the old docks and installation.

The project created space for 24 boats to dock.

Pipefusion, in addition to absorbing the remainder of the cost for that project, also donated one eight-foot-by-eight-foot ramp and nine eight-foot-by-20-foot finger docks for the east side of the downtown waterfront for additional boats to dock.

“We built everything here in Huntsville and installed it,” said Nyquist.

The company ultimately contributed at least $100,000 in in-kind donations.

Nyquist said he hadn’t planned to publicize the contribution, but word had spread regardless.