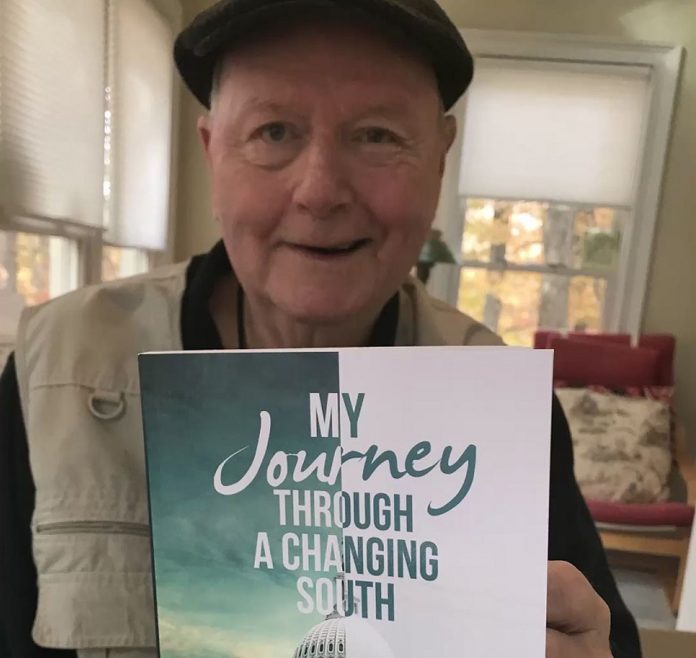 
For decades in Huntsville, the name Charlie Grainger was equally ubiquitous and behind-the-scenes.

While Wernher von Braun at NASA and the Army Missile Command were creating the smoke and fire that made Redstone Arsenal famous, Grainger was walking the back halls of Capitol Hill, lobbying for the money to make it all happen.

As an executive at Teledyne Brown Engineering, Grainger fought the backroom fights in favor Huntsville’s space program and for a national missile defense system, now one of Redstone Arsenal’s bread and butter programs.

“We won the fight for missile defense,” Grainger said. “That was my primary interest over the years.”

The backstory of those backroom negotiations are part of Grainger’s new book, “My Journey Through a Changing South.”

Grainger, now 83 and living in Sandy Springs, Georgia, with Mary, his wife of 52 years, looks back in his memoir on his rise from a barefooted country boy to newspaperman to Capitol Hill lobbyist.

He was born in rural in Lawrence County, then spent his later childhood and teens as a plucky newspaper carrier and savings bond salesman in Sheffield. The ink got into his blood early, and he went on to work as a reporter for The Birmingham News, later becoming editor of The Valley Voice in The Shoals.

As editor of The Valley Voice, he got to meet President John F. Kennedy not long before his assassination in 1963. Grainger and other Alabama editors were invited to the White House for a luncheon to discuss solving racial problems in the South.

Four days later the President’s office asked him to help coordinate a visit by President Kennedy to Muscle Shoals to celebrate the 30th anniversary of the Tennessee Valley Authority.

“President Kennedy had the most charisma of any man I had ever met,” Grainger recalled.

Grainger would later work with business leaders in Huntsville to establish equal employment policies that the federal government required if NASA was going to do its historic work here.

He sees echoes of that turbulent time in the 1960s in today’s ongoing movement for social justice.

“I’m for working together, down the line,” said Grainger. “That’s always been my thing, practice the Golden Rule. Do unto others as you would have them do unto you.”

Before retiring in 2017, Grainger would serve many years as the director of Cummings Research Park, then as a private economic development consultant.

He was among the generation that stoked the fire that would see Huntsville grow from a small cotton and watercress town, to The Rocket City, and now diversifying into a burgeoning automobile manufacturing center.

Shelly Haskins writes about points of pride statewide. Email your suggestions to [email protected], or tweet them to @Shelly_Haskins using #AlabamaProud