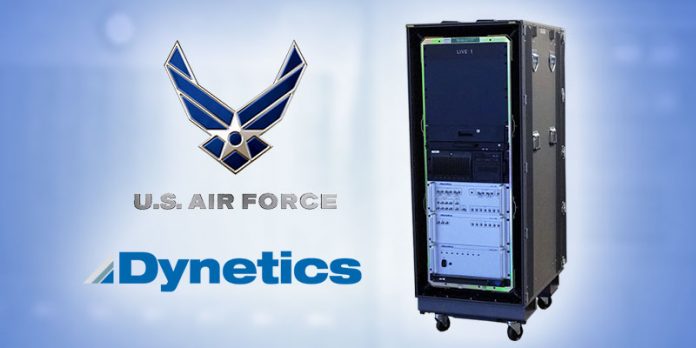 
Dynetics, Inc., has been awarded a major sole-source contract for production and sustainment of foreign radar simulators known as the Laboratory Intelligence Validated Emulator (LIVE) family of products.

The announcement was made in a release this week. The federal government contract has a total estimated value of $356 million for production and sustainment for the next 10 years.

Dynetics has been headquartered in Huntsville since the company’s founding in the Rocket City in 1974. Acquired in recent months for $1.65 billion in cash, Dynetics is now a wholly owned subsidiary of Leidos (NYSE: LDOS).

As the prime contractor, Dynetics’ objective will be to navigate the vertical testability construct as part of a broader LVC environment for both test and training of legacy and advanced electronic warfare (EW) platforms.

“This contract will allow us to continue to provide unparalleled threat system accuracy that will supply the U.S. Air Force with vital test and training resources that enhance warfighter survivability. The LIVE family of products will allow the United States to maintain air dominance across the electromagnetic spectrum,” he explained.

Each LIVE hardware unit can support emulation of multiple threat systems of interest, helping reduce and manage the logistical footprint. There are currently five different LIVE systems that will be produced on this contract along with other non-threat specific and supporting hardware, per Dynetics.