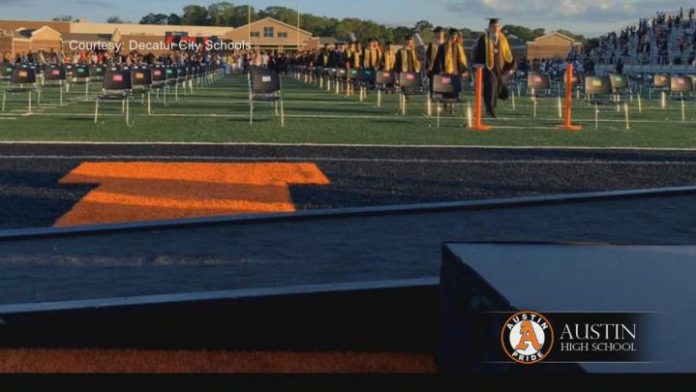 "Our goal is to prove we have the support, we have the community we have the family to make this happen," Former UAH Hockey player Tony Guzzo said.

At a press conference Wednesday at the VBC, Guzzo fought back tears asking for donations to save the program.

"I just ask anybody and everybody that can give any amount ...," Guzzo said.

So far supporters have donated more than $200,000. Here is the link to the donation page: UAH Hockey Fundraiser

Guzzo said without UAH there's no hockey in Huntsville.

"We get more and more kids wanting to play hockey, and wanting to try hockey and all of that comes form UAH Hocke," Guzzo said. "The Channel Cats, the Huntsville Havoc, UAH is what made Huntsville the hockey capital of the South, and we want to keep it that way."

"I had a guy who I just hired at the office the other day, he remembers till this day the good deed that Matt Parker or Tony Guzzo did for him," McCabe said. "He signed his shirt, he gave him his stick because he said he would."

Most importantly, McCabe wants Dawson to look at how hockey gives back to Huntsville.

"Cam Talbot is playing for the Calgary Flames." McCabe said. "They mention Alabama-Huntsville 10 to 15 times during the Hockey Night in Canada broadcasts."

"We have alumni who own businesses and are huge donors to the city and the university," Guzzo said.

If hockey comes back, the alumni group will establish a plan for UAH Hockey to prosper, but right now, McCabe says, they're just trying to survive.