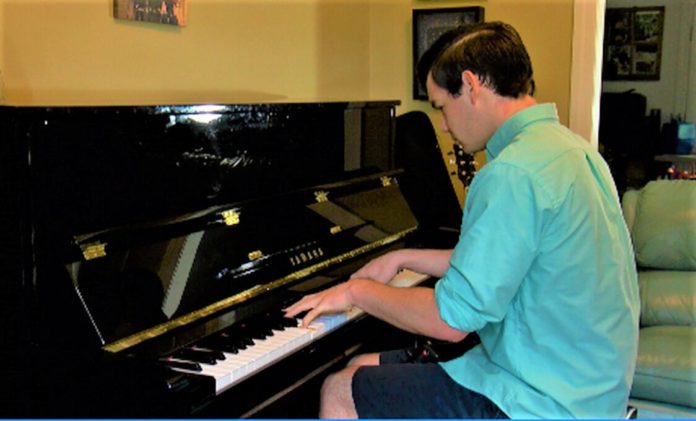 
MADISON – Many teenagers devote time to volunteer for charitable causes. J.D. Willis, a senior at Bob Jones High School, used his musical talent in a clever way to raise money for COVID-19 relief by United Way.

For 24 straight hours, Willis played the piano online. “On Facebook, I attached a United Way drive link to the live stream, so people could donate directly through Facebook. This seemed to work very well,” he said.

“I had wanted to see if there was any way to help people in need, using what I was good at. Coupled with my terrible sleep schedule at the time, a 24-hour charity live stream seemed like a great way to raise money,” Willis said.

His music portfolio included music that he likes, “which can be all over the place — from Ben Folds alternative rock to Chopin to even some musical theatre where I would sing as well. Some songs I played were ‘Brick’ by Ben Folds Five and ‘California Dreamin’’ by The Mamas and Papas.”

“I got the most tired around hour 16 at about 4 a.m. in the morning and again in the last two hours,” Willis said. “I didn’t nap at all, but Facebook has a live stream length limit of four hours. After each four-hour segment, I would take a 10-minute break to stand up and eat.”

Willis has studied piano for 14 years, but he has been playing seriously for about two years. Currently, his teachers are Newt Johnson for piano and Grandville Oldham for voice. “I’ve had many great local teachers,” Willis said. “I’m grateful for everybody that has taught me over the years.”

His parents are John and Emily Willis. J.D.’s brothers are Evan, 13, and eight-year-old Buzz (named after astronaut Buzz Aldrin).

“I haven’t yet decided where I’m going to college, but I would like to double major in music and business. I have always loved music and want to study it further, and business to me is very interesting,” J.D. said.