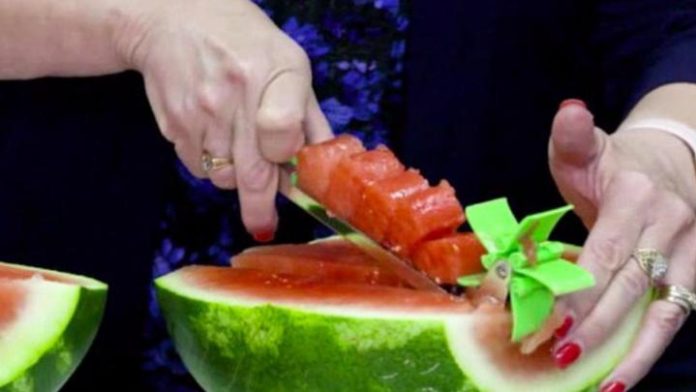 Texas resumes executions after 5-month delay due to pandemic

HUNTSVILLE, Texas (AP) — A Texas inmate has been put to death for fatally shooting an 82-year-old man nearly three decades ago. That ends a five-month delay of executions in the nation’s busiest capital punishment state because of the coronavirus pandemic. Billy Joe Wardlow received a lethal injection Wednesday evening at the state penitentiary in Huntsville for the 1993 killing of Carl Cole at Cole’s East Texas home. The U.S. Supreme Court declined to stop the 45-year-old man’s execution. Wardlow was the first Texas inmate to be executed since Feb. 6. He was the second inmate in the U.S. to be put to death since the country began to reopen.

KANSAS CITY, Mo. (AP) — The federal government is stepping up to stop violent crime in Kansas City, Missouri, with a program named after a 4-year-old boy who was killed when someone shot into his home. White House press secretary Kayleigh McEnany said Wednesday that the new program, “Operation Legend.” It is named after 4-year-old LeGend Taliferro, who was fatally shot in his bed last month. Kansas City was reporting 99 homicides as of Wednesday. With nearly half a year left, that puts the city on track to far exceed last year’s total of 150.

NEW YORK (AP) — A national coalition of labor unions, along with racial and social justice organizations, will stage a mass walkout this month to protest against systemic racism. Dubbed the “Strike for Black Lives,” tens of thousands of workers will walk off their jobs on July 20, according to details shared exclusively with The Associated Press. Workers across the economy, including fast food, ride-share services, nursing homes and airports, in more than 25 cities will strike to demand action from corporations and the government to dismantle white supremacy and to ensure the health, safety, and economic well-being of every worker, organizers said.

ST. LOUIS (AP) — Despite some calls to change the name of St. Louis, Missouri’s governor has told President Donald Trump that it’s not going to happen. The issue came up Tuesday in Washington, D.C., when Republican Gov. Mike Parson participated in a discussion about reopening schools across the nation. At one point, Trump asked Parson if he planned to change the the name St. Louis. Parson chuckled and replied, “No, we won’t.” A petition with about 1,000 signatures seeks the name change, citing the treatment of Jewish and Muslim people by 13th Century French King Louis IX, the city's namesake.

BRANSON, Mo. (AP) — A surge in coronavirus cases is proving worrisome in the popular southwestern Missouri tourist destination of Branson. The Kansas City Star reports that confirmed cases of COVID-19, the illness caused by the virus, have more than doubled in less than two weeks in Taney County, which is where Branson is located. On June 26, the county had just 43 confirmed cases. As of Wednesday, it had reported 107 cases and two deaths. Branson has a wide array of shows and attractions and is among the most popular tourist destinations in the Midwest. Community leaders are now stressing the need for face coverings, though they’re stopping short of requiring them.

LAS VEGAS (AP) — Reno-based Eldorado Resorts Inc. received the go-ahead from Nevada casino regulators to buy Caesars Entertainment Corp. in a $17 billion deal creating a gambling giant with properties in 16 U.S. states and several other countries. The merger won unanimous endorsement Wednesday after pointed questions from Nevada Gaming Control Board regulators and unanimous approval from the state Gaming Commission. The Federal Trade Commission accepted the plan June 26. Approval in coming days from regulators in Indiana and New Jersey would create the world’s largest casino company under the Caesars Entertainment name.

KANSAS CITY, Mo. (AP) — Missouri school districts will be allowed to have students attend every other day and learn remotely on alternating days, helping schools avoid funding penalties related to attendance. According to KCUR-FM, the State Board of Education passed two emergency rules Tuesday establishing hybrid instructions models for districts that want them. Under the new rules, students will need to physically be in school at least two days a week. Education Commissioner Margie Vandeven said Missouri has allocated $10 million from the CARES Act to make up for COVID-19 learning losses, but it will be up to local communities to put the pressure on school boards to create rigorous, remote learning opportunities for students.

ST. LOUIS (AP) — An already-violent summer in St. Louis has taken a turn for the worse after shootings left two people dead and eight others wounded over a 6 1/2-hour period. The rash of shootings began around 8 p.m. Tuesday and continued until 2:30 a.m. Wednesday. The St. Louis Post-Dispatch reported that the shootings happened at four different locations. So far, police have released few details, including potential motives, and have not said if any arrests have been made. St. Louis has recorded 112 homicides so far this year and is on pace to top last year’s total of 194.