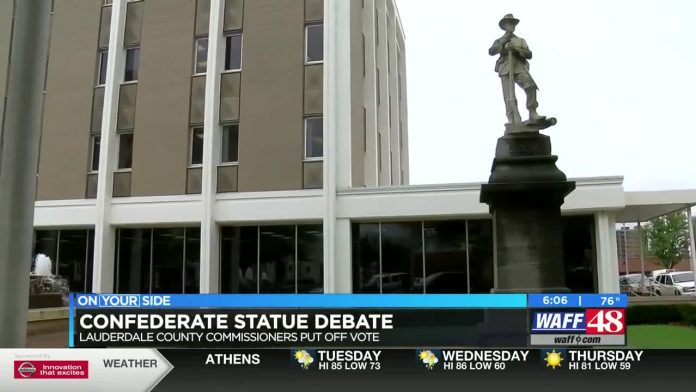 However, Commissioners Fay Parker and Roger Garner said they need to evaluate the legal ramifications and consequences first, such as the cost of removal.

For example, there is a 2017 law in place that says cities are fined $25,000 for removing a monument that’s been in its place for at least 40 years.

He also says he understands the location is part of the concern, since it is at the courthouse.