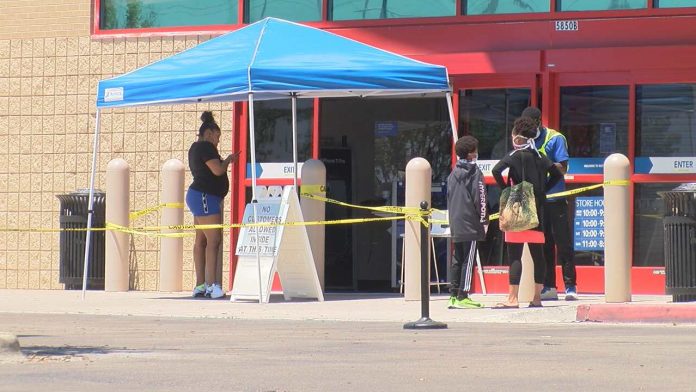 In less than 24 hours, Madison County Sheriff's deputies are hoping as more businesses re-open, they follow the rules.

The state has set out guidelines for restaurants.

In the last two months, the sheriff's office said business owners have been doing a good job of following orders.

But they are expecting as restrictions loosen, there may be more complaints.

"We havent had an influx of issues in the county. Now do we have people that call and complain and you know what we have that everyday," said Brent Patterson with the Sheriff's Office.

WAAY-31 learned what deputies are doing to prepare for this next phase of re-opening.

They say they are confident people will continue to social distance.

This includes wearing masks in large crowds and staying six feet a part from other people.

But when it comes to punishing business owners, we learned that's the last thing law enforcement wants to do.

"You've got law enforcement in the background saying hey this is an order from the governor and you know we encourage people to do what is asked of them," said Patterson.

Brent Patterson with the Madison County Sheriff's Office says they are hopeful people will adjust to a new normal.

He says customers need to follow guidelines like keeping 6-feet apart and wearing masks in large groups, or when businesses require it.

He's made adjustments, but he's confident his customers will comply.

"There's been several people coming by and wanting to come in. I can't wait to show it off and have everybody back," said Camara.

The sheriff's office told us they are expecting an increase in calls.

While its okay to call if you see anything out of the ordinary, deputies will not be seeking out businesses to try and fine them.

Instead, they want to give people a chance to do the right thing.

"We're trying to educate them and teach them the principles that we're having to abide by right now until the governor gives us the green light and full steam ahead," said Patterson.

Huntsville Police told us they are excited for businesses to re-open, but warn people to be careful on the roads since traffic may be picking up.