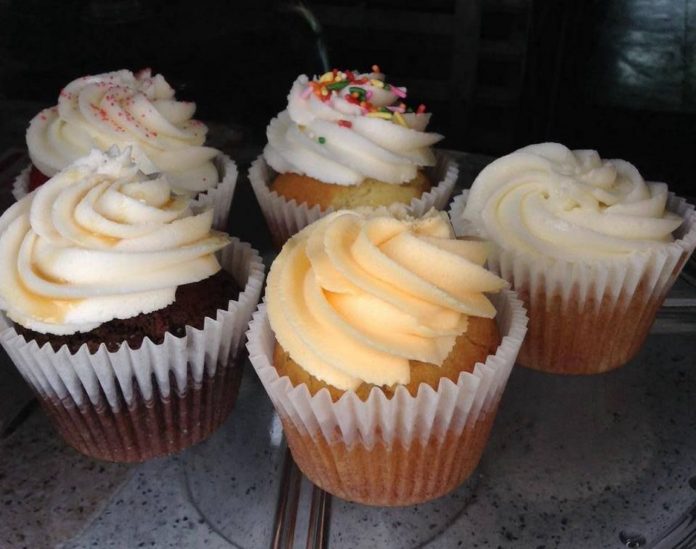 
Sugar Belle, one of few Huntsville food truck ventures to transition into brick and mortar, is closing.

The cupcake oriented small business announced on social media their last day would be July 10.

"It's not exactly COVID-related; this is something we've been considering closely on and off for a year,' reads the Sugar Belle announcement. "We're honestly a little burnt out on cupcakes, and have new business ventures we're excited to move toward going forward."

Married couple Andrew and Lee Judge started Sugar Belle as a food truck, around 2013. It all began in an 80s Revcon commercial RV parked in front of the Home Depot on North Memorial Parkway.

"I went to drive it, and we bought it the next day, basically," Andrew told me in 2013. "The Army had used it as a mobile workstation. There were racks of computers in here and on the outside, data panels. So we knew that much. Then, a couple weekends ago, a guy walks up while we're parked somewhere and says, 'I used to drive one of these for the White House Communications Agency.' We're like, 'What?' Apparently, it was used for the White House as what they call a SCIF: a Secure Compartmentalized Information Facility. So basically when everything's closed no wireless transmission could get in or out, and it was used for as a mobile meeting space for the president."

They eventually added a second mobile outlet to their arsenal, a van emblazoned with Sugar Belle's cupcake-meets-Stay-Puft-marshmallow-man logo.

"In the beginning we never imagined running this business as long as we have," Sugar Belle's closing announcement reads. "We figured the cupcake trend would fizzle out and this would be a fun weekend business for us in our little food truck for a time. But it grew to two food trucks, then a storefront, and now here we are. We couldn't have done this without the support of family, friends and loyal customers along the way."

Sugar Belle will hold a 7 a.m. 7 p.m. July 10 event to sign off. The Facebook event caption reads, " After eight years of business in Huntsville, we’re shutting it down. Come say hi and enjoy a cupcake one last time with us."