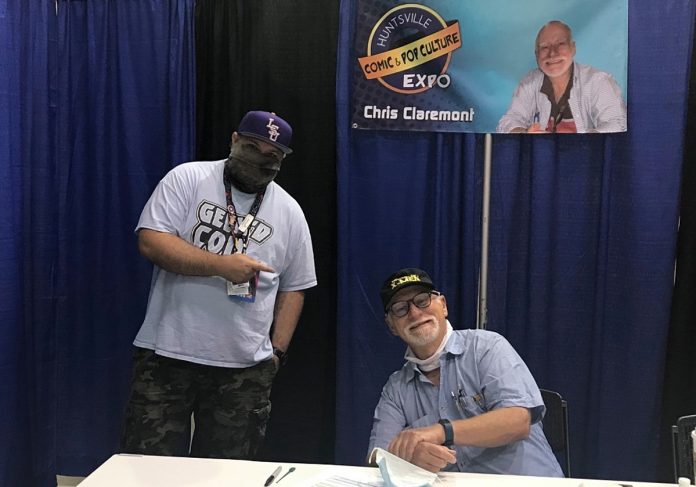 The COVID-19 pandemic derailed nearly all live events in 2020. There were events that were able to take place early in the year, but since March, most events were either canceled, postponed, or the organizations were forced out of business.

But some were able to continue, whether they're postponed until late in the year with hopes that hey can make it, or they were already able to make an event happen with precautions in place. Which is an idea that's been gaining steam as more and more events find success with mitigation measures.

One of the pioneering events in the post-pandemic event world was actually a comic con event. The Huntsville Comic and Pop Culture Expo was originally scheduled for April, but was rescheduled for July when the COVID pandemic forced them off their original dates. But when the pandemic didn't slow down, it put those July dates in question.

But the team at the Huntsville Comic and Pop Culture Expo went to work with the local venue, and took guidance from local health officials and local leaders. They put together a plan that would allow the event to take place safely. The plan included a few major points; mandatory masks for everyone, socially distanced isles that were twice as wide as normal, a occupancy capacity in the venue, socially distanced panel rooms, and distanced photo ops and autographs with their celebrity guests.

Even though local officials allowed the event to take place, and the mitigation measures were implemented, there were many who were upset about the event. Some social media posts did not just offer disagreements over the event, but aggressively stated that the event would lead to an explosion in COVID cases, and deaths, in the Huntsville area. A common trope of these posts was "just wait 14 days to see what happens", which is a common theme among COVID doomsday posters online. The idea is that the CDC's original timeline for developing COVID symptoms after exposure was thought to happen within the first 14 days, even though they've now adjusted that to 10 days in relation to returning to work after exposure.

Well, now it's more than 14 days after the event, and the COVID numbers in Huntsville have been posted by the Alabama Department of Public Health. Huntsville is the seat of Madison County, Alabama, and the state's statistics are broken down by Counties. So to look at Huntsville's numbers, you need to see what's happening in Madison County.

The numbers from Madison County have been on a constant decline since the date of the Huntsville Comic and Pop Culture Expo. The peak of COVID cases for Madison County happened the week before the show, with highs of 227 and 232 daily cases. Since the date of the show, the highest daily peak was 147 cases. With almost half a dozen days since with 100 or less cases in a day. The 7-day and 14-day averages have declined consistently since the dates of the comic con.

According to the Alabama Department of Public Health, Madison County is currently one of the 5 counties with the lowest per capita COVID case count in all of the state...

This appears to be a clear indication that the mitigation measures taken during the Huntsville Comic and Pop Culture Expo worked. The event hosted thousands of celebrities, ticket buyers, and vendors, and the county still has a declining case count. The event was held with people declaring that it would lead to an explosive case count for the city and the county, but that didn't happen.

The Huntsville Comic and Pop Culture Expo appears to have created the blueprint for comic con type events to happen inside a pandemic. Make masks mandatory, socially distance the event, and make sure everyone follows the rules. If you do it right, you can have an event, and keep everyone safe.