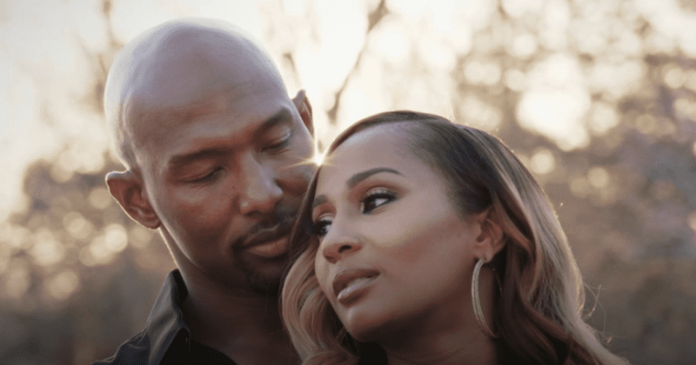 'Love and Marriage: Huntsville' chronicles the lives of three real estate couples from Huntsville and highlights the challenges that the wealthy couples face in their marriage, friendships and business

'Love and Marriage: Huntsville' is all set to return for its Season 2 on OWN. The first installment of this series comprised of eight episodes, documenting the lives of three couples: Melody and Martell Holt, Marsau and LaTisha Scott and Maurice and Kimmi Scott. The first season of this unscripted series dealt with the challenges that the couple faced in their marriage, friendships, and business. Continue reading to find more about what to expect from Season 2.

The official premise of the show reads, "'Love and Marriage: Huntsville' centers around the lives of three high-powered African-American couples who come together to revitalize the thriving city of Huntsville, Alabama through their joint real estate venture, The Comeback Group. The couples are longtime friends and avid socialites with strong personalities and strong points of view, each facing the realities of dealing with love and marriage while wanting to make this huge undertaking a success. Along the way, there will be laughter, tears, heated arguments, and even a wedding as they try to transform both the city and their relationships to achieve their dreams. Will they succeed at mixing business with pleasure? Or will the personal quarrels make foes of the longtime friends?"

Both Melody and Martell were teachers before they decided to take a leap of faith and turn to business. Becoming millionaires before hitting 30 years of age, the Holts are one of the most successful when it comes to finances but their relationship took a tumble when it was revealed that Martell was having a secret affair with his mistress for three years. In the first season, the couple were trying to move past that truth and realized that just like they were helping rebuild the Northern section of Alabama, their own marriage needed work as well and they were seen working towards it. The couple is parents to four kids: Mariah, Martell, Maliah, and Malani.

Marsau is a commercial general contractor and LaTisha is a commercial real estate developer. The couple has been married for 12 years and is parents to three children: Marsau Jr, Maci, and Mila. Season 1 saw the friendship between LaTisha and Melody go up in flames after Martell accused Marsau of having an extramarital relationship when his own affair was revealed. LaTisha had confronted her then-friend Melody about her husband's "false statements" to which the latter replied saying, "How do you know they’re false?” Friction between them heightened when LaTisha further confronted Melody on her stance to remain quiet even if there was any truth in Marsau having an affair. Melody challenged LaTisha to "figure it out on her own" to which the latter replied that she had complete faith in her husband and she wasn't being cheated on.

Maurice is the brother of Marsau Scott. He is the owner of Credit 1 USA, a credit repair company and a part-time real estate agent. He was also seen transitioning to the legal side in Season 1 where he was preparing for the state bar exam. His wife of five years, Kimmi Scott, is a registered nurse. Maurice has a stepson Jaylin, from Kimmi's previous relationship and he's away at Troy University. Kimmi is the stepmother of Maurice Jr aka Monster from Maurice's previous marriage and he lives with his mother throughout the year and visits Maurice and Kimmi for Christmas and summer breaks. Maurice is also the father of daughters, Tatyana and D'Shayla Scott from his previous marriage.

This four and a half minute extended trailer for the second season breaks down all the problems that the couple had in the first seasons. It also highlights newer issues that have cropped up between all of them collectively. For example, the Holts and Scotts are still at each others' throats for their explosive comments. Melody and Martell's newest baby Malani's birth has also been documented on the season. Kimmi and Maurice, too, are having issues between them as Maurice wants her to shift to real estate full time. Watch the trailer below.

'Love and Marriage: Huntsville' Season 2 will begin airing on July 11, 2020, with new episodes premiering every Saturday at 8 pm ET on OWN.

'The Haves and the Have Nots'