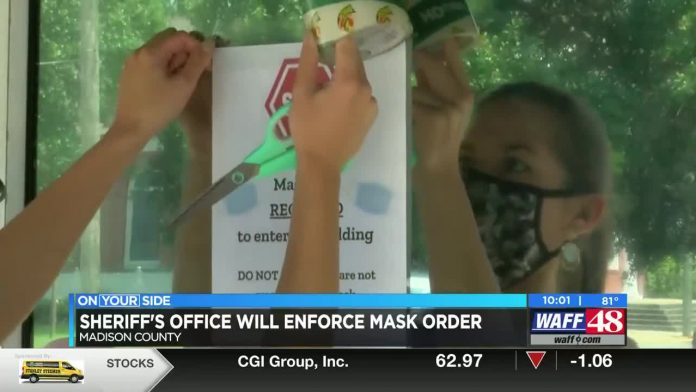 Madison Co. Sheriff’s Office: Not wearing mask is a misdemeanor

HUNTSVILLE, Ala. (WAFF) - On Tuesday as of 5 p.m. in Madison County, the mask order went into effect. This order now requires you to cover your face in public places, but what could happen if people don’t?

Brent Patterson with the Madison County Sheriff’s Office said not following the new order is considered a misdemeanor, and they will enforce every situation on a case by case basis.

“We’re not trying to be the bad guy here,” Patterson said. “We’re going to enforce the law because that’s what we’re doing. That’s the business we’re in.”

Huntsville mother Brianna Halpin said as the mother of a 19-month-old, there’s no way her daughter would wear a mask.