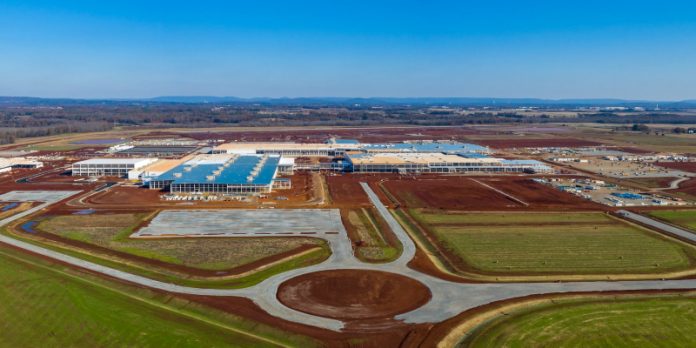 
The coronavirus (COVID-19) pandemic has caused the under-construction Mazda-Toyota plant in Huntsville to delay its planned start of production in 2021, according to Monday reports.

Hiring began on a rolling basis in January, with the original plan being to begin manufacturing vehicles at the facility near the beginning of 2021, with full production to begin in 2022.

However, Toni Eberhart, a spokeswoman for Mazda Toyota Manufacturing, told Automotive News that the timeline has now officially changed.

“On April 9, we informed state and local government officials in Alabama, along with our key suppliers, how the COVID-19 pandemic is impacting our ability to maintain critical equipment delivery schedules, creating labor shortages and slowing construction,” Eberhart said in a statement.

“As a result, we will delay the start of production of the Mazda Toyota Manufacturing plant to a time period later in 2021,” Eberhart continued. “We are eager to keep the project moving forward and appreciate the ongoing support of all key stakeholders.”

The timeline change was also reported as breaking national news on CNBC on Monday.

Governor Kay Ivey confirmed the timeline change in a statement to Yellowhammer News.

“I understand the challenges posed by COVID-19 to the construction and operation of a major manufacturing facility like Mazda Toyota Manufacturing USA,” the governor commented. “I am confident that the automakers will move forward on their adjusted timeline to begin production at the Alabama facility, where they will turn out world-class vehicles. We’ll work with company leaders to assist them to bring this project to completion.”

A document obtained by Automotive News reportedly said the start of production will be delayed by a “minimum of 5.5 months,” but Eberhart declined to comment to the outlet on when production would start.

As of April 10, Mazda Toyota Manufacturing said it confirmed two cases of COVID-19 at the construction site.

A statement from the company at the time outlined, “With the safety and welfare of team members and construction workers as our top priority, MTM suspended normal construction activity at its site on April 4 in response to Gov. Ivey’s Stay at Home Order. We used this downtime to review enhanced guidelines, evaluate site conditions and further increase safety and social-distancing efforts. As a result, any job at the site that cannot meet social distancing recommendations is temporarily suspended. With these measures in place, along with enhanced sanitization efforts, construction resumed on April 7 for work areas in which ADPH guidelines can be met.”