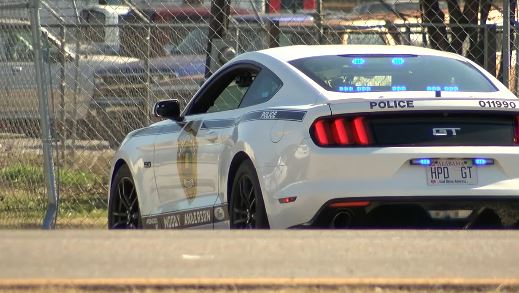 Police brutality is on the mind of Alabama lawmakers.

Some are already putting together plans for police reform legislation. This includes, Rep. Anthony Daniels.

Tuesday night, Daniels met with local law enforcement officials to discuss what changes they believe are necessary in order to move forward.

He said his focus right now as a lawmaker is to find solutions both locally and state-wide.

"You know there have been approximately 104 cases of police-involved shootings, but only 4 convictions," Daniels said. "So I think that right now our policies must reflect more accountability." Daniels represents Huntsville and Madison County in Montgomery. He said he does not want to paint a broad picture of law enforcement. However, he said it is important to recognize reform is crucial. "I think we're beginning to understand the training, lack of training they're getting," Daniels said. " The standards from the state-level are bare minimum." Daniels said he wants to the state to focus on mental health training. He believes there should be certain officers with more extensive training who are responsible for certain types of calls.

"We all agree that sensitivity training and diversity training is important," Daniels said. "We think we need more mental health support."

He said this can reduce the number of incidents with officers that end in the use of force.

"We have to start getting into the weeds on how we respond and make it certain we are doing it with intel and really not force," Daniels said. When it comes to Madison County, he said the area is already setting an example for the state on how the community can hold law enforcement accountable. This is through the Huntsville Police Citizens Advisory Council. It was created in 2010 between Huntsville police and the City of Huntsville. Right now there are 10 members working to bridge the gap between law enforcement and the community. However, those members are appointed by local officials. Daniels suggests a new appointment process. I think at the end of the day, when politicians are appointing those that are over a department, that are over a review board, I'm very reluctant because I think we have to remove the politics out of it," Daniels said. He said he will be working with Representative Rex Reynolds on legislation since Reynolds has a history with public safety as Huntsville's former police chief. Daniels said it is important to continue to listen to both law enforcement and the community when it comes to creative effective policies.