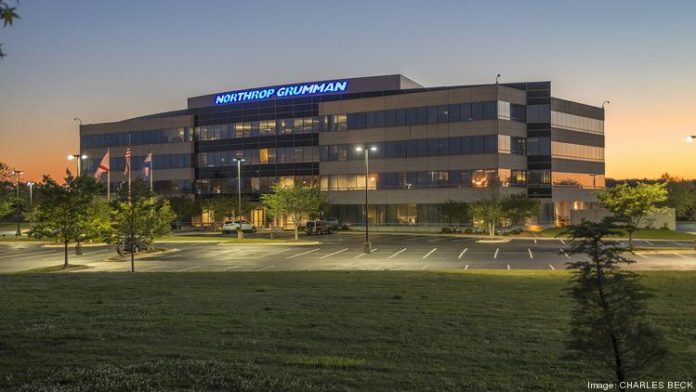 In one of the largest office park sales in the Southeast, a private capital group based in New York City has made a major investment in Huntsville.

Madison County public records show affiliates of the Chetrit Group and Mermelstein Development acquired six office properties, including the Northrop Grumman headquarters building, for $83 million, or about $80.58 per square foot.

The purchasing entities, JU Huntsville CRP I and III Owner LLC, belong to the Chetrit Group and share an address with Mermelstein Development LLC in New York City, according to the Alabama Secretary of State website and other public documents. Walker & Dunlop Commercial Property Funding LLC in New York City provided $75 million in financing for the deal that closed March 4, before the COVID-19 pandemic hit.

The 1.03 million-square-foot office portfolio sale included the following five properties in the Cummings Research Park as well as the Regions Center.

According to a release, these buildings are 97% occupied, and include tenants such as Northrop Grumman Space & Missions Systems, Regions Bank, Toyota Motor North America Inc., and BAE Systems.

“Occupied by a significant number of long-standing, credit tenants, this portfolio offered impeccably maintained assets well below replacement cost with predictable upward trending, in-place cash flow within the city’s most in-demand submarkets,” Bell said in a release. “We received an impressive amount of national and international interest from investors drawn to the opportunities these diverse properties present.”

Huntsville is home to more than 72 federal agencies as well as companies in the telecommunications, biotechnology, manufacturing and automotive industries. Cummings is one of the largest research parks in the world.

“Huntsville is an emerging growth market on the radar of major investors worldwide,” Markwordt said in a release. “Companies like Facebook, Toyota and Mazda have invested billions in new infrastructure, adding thousands of jobs. The city has proven its ability to outperform competing markets and weather economic downturns due to its balanced and diverse economy.”

The transaction follows on the heels of another massive deal for the Rocket City that saw a Nashville-based capital group buy a multifamily property near Cummings Research Park for $81.5 million in January.

Since these deals closed, the economy has been rocked by the COVID-19 pandemic. While deals and projects that were further along in the process have continued to move forward, investors have taken a wait and see approach to any further activity.

In one of the largest office park sales in the Southeast, a private capital group based in New York City has made a major investment in Huntsville.