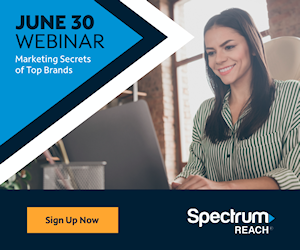 A BLUE-COLLAR CEO, BORN ON THE 4TH OF JULY

I can point to four distinct experiences in my life that have led me to where I am today. Remove any one of them, and the trajectory of my life would’ve changed dramatically.

The first of these and the subject of this Leader Board is my service as an enlisted, non-commissioned officer in the U.S. Army 38 years ago.

I grew up in the sheltered suburban metropolitan Detroit area during the late 1960s and 1970s. My street was lined with impeccably kept upper middle-class homes, most of which were owned by WWII and Korean War era veterans. Inside my apple pie bubble as a child, I was unaware of the 1967 riots raging nearby, and the Vietnam War playing out on our family’s one 27” color TV. As the son of a naval officer who served during the Korea War, there was never a doubt that my life would include a stint in the service.

True to form, I joined the Army under the delayed entry program before my senior year of high school. The tables were set, upon graduation I was off to serve my country. Born on the Fourth of July, I entered service two weeks shy of my 18th birthday in 1982.

When it came time to select a branch of service, my focus was on choosing a job skill that afforded me the best (and longest) technical training the military had to offer. At the time, the Army had the best technical schools. My training in radar and air defense missile systems was at Redstone Arsenal in Huntsville, Ala., the military side of Marshall Space Flight Center—where NASA meets the military. Florida is where NASA blasts off, Texas is where mission control and training take place but Marshall Space Flight Center is where all the new toys are engineered, designed and built!

My advice to parents thinking about the military for their kids is to research all four branches. A person gets out of the military what they put in. If you have well defined goals for your career, you can align the right military occupation specialty and use it as a launching point for a future civilian career. Depending on needs and recruiting volume, different branches offer different guarantees at any given time so the best branch to choose may change over the course of the year. Generally, active duty has more training options than the reserves do and enlisted versus officer is determined based on education level at time of entry. High school grads go enlisted while college grads go officer.

While in the service, I learned invaluable lessons that have marked my thinking about leading people. I learned about teamwork, discipline, and leadership. The U.S. military is America’s ultimate melting pot, where people from all walks and ethnicities are thrown together in a giant caldron known as basic training.

The first lesson learned when entering the military is how to shut up, blend in and listen!

Basic training is not a place to stand out in a crowd!

Attracting the attention of your drill sergeant is never a good thing!

While it’s important as a senior leader in the business world to articulate vision and provide motivation by speaking, leadership also involves listening to the ideas, opinions and feedback of others.

The first things I do when arriving at a new company is establish a formal and informal feedback loop. As I drive change in an organization, I keep a pulse on the impact I’m having. Knowing how hard to push, when to throttle back, when to adjust course are critical in maximizing potential. The formal feedback loop is the information I receive from my leadership team and from surveys. The informal feedback loop is the relationships I establish with those in the trenches. By having both, a leader can validate impact, and when there is a disconnect between feedback loops, it can tip you off early that an adjustment to course or speed may be needed.

In basic training, you learn all about small unit tactics and teamwork.

A massive organization is created through a cohesive group of smaller units working in concert. These lessons in teamwork have informed my thinking on people in organizations. In my world, all people are created equal, from the janitor to the CEO. Titles, like rank in the military, are merely how we organize our efforts.

While in the military I learned valuable technical skills that led me down a path of engineering. Perhaps less known, is the world-class leadership training a young non-commissioned officer receives. Yes, soldiers learn to fight, but they are also taught valuable job and leadership skills. Had I not served there, I would not be standing here as a CEO today.

At CoolSys we hire lots of veterans, both enlisted and officers. We look at military occupation and applicable civilian equivalents. Veterans are typically well trained, have discipline and are almost always guaranteed to show up on time!

When in the service, you spend your time counting the days until you are done with your hitch. Once you leave, the pains of service quickly dissipate, and you spend the rest of your life fondly looking back with pride as a veteran.

Editor’s Note: Adam Coffey reached the rank of sergeant while on active duty in the U.S. Army from 1982 to 1986. During his time, he won awards including “Soldier of the Year” for General George S. Patton’s famed Second Armored Division. Coffey parlayed his service experience into an engineering career at GE, eventually crossed over to management and has spent 20 years as CEO of three national private equity-backed service companies, including currently at Brea-based CoolSys, which provides cooling and heating services to some of the nation’s largest chain stores. He is also a best-selling author on private equity and the Business Journal in May named him one of the 50 most influential OC executives during the coronavirus pandemic.