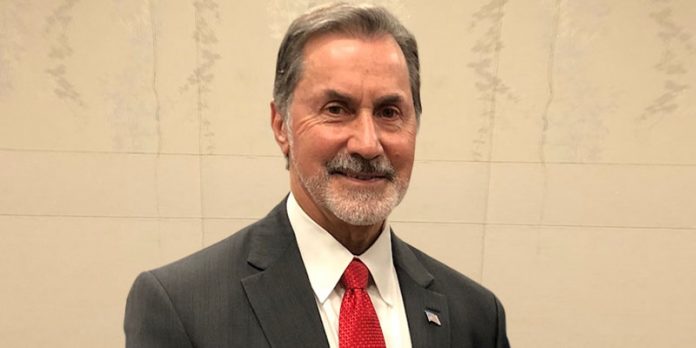 Palmer called an unwillingness to debate based on political strategy a show of “weakness” during an appearance on Birmingham radio Talk 99.5’s “Matt & Aunie Show.”

“The thing that bothers me, and you know this — I’d debate anybody,” Palmer said. “I think that both candidates owe it to the voters to have a debate. When you don’t have a debate, I think it is indicative that there’s severe weakness, serious weakness in one who refuses to debate. People say, ‘Well, it’s good political strategy if you’re way ahead.’ No, you’re buying a pig in a poke.”

He pointed to the potential for lack of seniority among the Alabama congressional delegation with the possible departure of U.S. Sen. Richard Shelby (R-Tuscaloosa) and U.S. Rep. Martha Roby (R-Montgomery).

“You need to know what you’re getting because what Alabamians need to realize is that in two years, Richard Shelby is leaving,” he continued. “He is the chairman of the Senate Appropriations Committee, enormously important for the state of Alabama. We’re in competition with businesses moving here. They’re moving out of California, New York and Illinois as fast as they can. In two years, when Shelby leaves, we’re going to wake up, and either Jeff Sessions or Tommy Tuberville will be our senior senator. People need to think about that. We’re losing Martha Roby off of the House Appropriations Committee, and it’s going to make a big, big difference in terms of what we’re able to do at the federal level to help this state with our infrastructure and a whole host of other things.”

Palmer also raised the issue of several desirable highway projects around the state, including new Interstate highways and connectors, and the persisting I-10 Mobile Bay Bridge traffic snarl, which he argued was something that both Sessions and Tuberville should be willing to discuss.

“I want to know what their plans are for the future of the state of Alabama,” he said. “In two years, Huntsville is going to be the biggest city in Alabama. They have tremendous infrastructure needs, Matt. We have an opportunity to improve the transportation infrastructure west of Huntsville all the way to the Tennessee line to create an economic corridor between Memphis and Huntsville, and then down I-22 to Birmingham and back up [Interstate] 65 to create this triangle that would rival anybody in the country.”

“I want to know if Tuberville or Sessions is thinking that far ahead, or thinking about the Northern Beltline for Birmingham, or the Mobile bridge, which the Mobile tunnel on I-10 is the single biggest bottleneck for commerce from Texas to the Atlantic,” he continued. “And then down in Dothan — the I-10 connector, and what that would do for the Wiregrass. There’s a new interstate being proposed from Texas all the way to Savannah — it would be I-14. I’m all for bringing that down between Montgomery and Fort Rucker. It’s really to connect our bases, our Army bases. But it would be a tremendous benefit to Alabama economically. I want to know if these guys have a vision for the future of Alabama.”