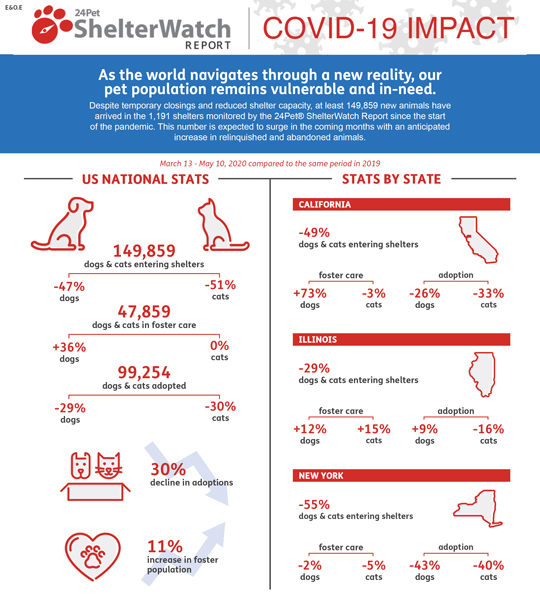 HUNTSVILLE, Ala. – Many animal shelters are seeing an uptick in adoptions and foster care right now. 24PetWatch said the volume of pets in shelters have decreased, since the beginning of this pandemic.

That’s a good thing. But some of those pets may return to the shelter.

Helping one paw at a time

More pets are finding themselves outside of the shelter. Since Alabama Governor Kay Ivey issued her stay at home order back in March, a 24PetWatch report found a 36% increase of dogs in foster care. And for cats – the percentage remains the same.

Hall said this is a great time to consider fostering a pet. They can decompress and get used to life inside of a home.

“So April, we actually saw a lot of those animals that went into foster homes that actually got adopted by either their foster parents or friends of the foster parents,” said Hall.

But families who were eager to help shelters in the beginning may not be so willing to help in the long haul.

“The fear is a lot of the people who decided hey I’m working from home now,” said Hall. “I’m going to adopt an animal. I finally have time for it. They’re going to start getting busy again.”

Which means foster families may return their quarantine buddies. “We never want to see that,” said Hall.

Another shelter sees this trend

“The first wave of help was fostering and adopting of shelter pets to reduce the number of pets that were being currently housed inside shelters. People were excited to help and boy, did we let them. In March our live release was over 95% of our pets. The second wave of help was in April and has continued through May. When people are finding healthy stray pets they have been open to keeping the pet safe at their home until the owner can be located. Unhealthy stray pets were handled through our emergency response. The fostering and adoption interests has continued with April being another high life saving month.”
But like many shelters, financial stability in a time of high unemployment concerns them.”

The reality of today’s situation

“So, unfortunately, when a lot of people are furloughed or laid off they have to make that tough decision and to find their animal a better a home,” said Hall.

Huntsville Animal Services is also working with families to help them keep their pets. Neither shelter wants to see an animal displaced.