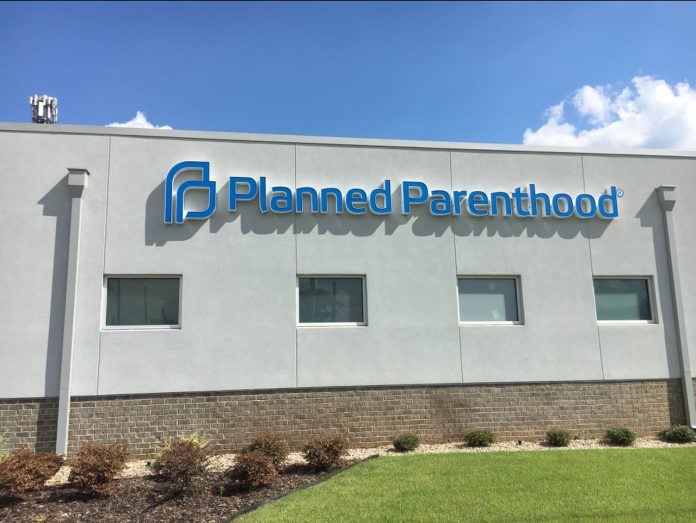 
Planned Parenthood of Alabama has opened its downtown Birmingham clinic, at 1019 First Ave. North, and plans to offer abortion services at the new location.

The clinic had a soft opening on July 14 and is now open for business, said Barbara Ann Luttrell, vice president of external affairs for Planned Parenthood Southeast.

“It’s 11,000 square feet, a state-of-the-art facility,” she said. “We will offer a full spectrum of reproductive health services.”

At some point, that will include abortions, she said.

“It will be available very soon,” Luttrell said. “I don’t have an exact date.”

Planned Parenthood previously had its office just off Highland Avenue in Birmingham’s Southside, though abortions hadn’t been offered there regularly since 2017.

“We weren’t providing abortion at the end,” she said.

The Planned Parenthood clinic in Southside was often a staging area for anti-abortion protests, peaking in 1988 with protests by Operation Rescue there and at several other abortion clinics that operated in Birmingham at the time. In 1998, Eric Robert Rudolph bombed New Woman All Women Health Care Clinic near the UAB campus, killing police officer Robert Sanderson, who was working there as a security guard. Rudolph was convicted and remains in prison. New Woman, now defunct, was not affiliated with Planned Parenthood.

Pro-life groups have often picketed and surrounded abortion clinics with volunteer “sidewalk counselors,” stationed on public sidewalks, who try to dissuade women from having an abortion.

The new facility in downtown Birmingham is bordered by Interstate 65 to the west. It has a fenced-in parking area with a gate and security cameras.

During the construction of the new building, protesters including Sarah Howell Neely, who works for CEC Life, a pro-life ministry of the Charismatic Episcopal Church, have picketed on the sidewalk in front of the construction site.

“We’ve had a prayer presence the whole time they’ve been building it,” Neely said.

The new high-profile clinic is likely to attract its share of protests and pickets.

“We are absolutely used to having anti-abortion protesters,” Luttrell said. “That’s nothing new.”

Construction on the new facility began in January 2019. Soon after, the Alabama Legislature passed the Human Life Protection Act to make abortion illegal in Alabama except when the mother’s life is in danger. Gov. Kay Ivey signed the nearly complete ban on abortion into law in May 2019. Planned Parenthood and the ACLU sued to stop the law from taking effect.

U.S. District Judge Myron Thompson blocked the ban with a preliminary injunction in October 2019, staying it was unconstitutional.

“That law was deemed unconstitutional, which we would knew it would be,” Luttrell said.

“We want to make sure that abortion is safe, legal and available in Alabama,” she said.

At the time the abortion ban was passed, only three clinics in Alabama were offering abortion, in Huntsville, Montgomery and Tuscaloosa. This clinic will be the fourth.

“Alabamians have access to abortion now in the state,” Luttrell said.

Since 1973, when abortion was legalized by the U.S. Supreme Court in Roe vs. Wade, Planned Parenthood has offered abortion services in addition to birth control and reproductive health services.

“We were always committed to providing abortion to the full extent of the law, return it to what it once was,” Luttrell said.

“Birmingham was our first location,” Luttrell said. “We have been in Birmingham since 1930.”

A Birmingham attorney who has drafted more than 12 anti-abortion laws for Alabama including a near-total ban passed earlier this year, said today his plan to overturn Roe vs. Wade is right on schedule.