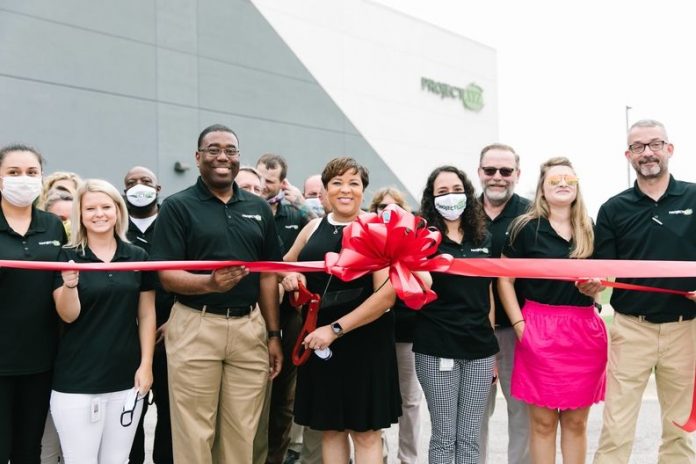 
Huntsville Ala.-based operating company Project XYZ finalized its purchase of a CBC INGS America injection molding plant in Muscle Shoals Ala., after the subsidiary of Tokyo-based CBC Group notified the Shoals Economic Development Authority it would cease operations in the area in late January.

SEDA contacted Kim and Larry Lewis, owners of Project XYZ, which had other projects in the area, to see if they were interested in purchasing the facility, Larry Lewis told Plastics News.

In March, Lewis said, the COVID-19 pandemic slowed negotiation processes with CBC INGS. The sale was finalized on July 6, which Project XYZ celebrated with a ribbon-cutting ceremony.

Project XYZ is still working out what kind of production lines will go into a future expansion, he said. The Muscle Shoals facility will retain its current customers, automotive suppliers North American Lighting and SL-Alabama.

"We want to expand the amount of products we're making for our customers in the automotive lighting areas," Lewis said. "Automotive is going to be a strong part of the product mix for the operation in Muscle Shoals for the foreseeable future. We will eventually, as we win contracts, add more of the things we're doing in the defense area.

"Anything we can do with plastic injection molding, we're interested in," he added.

The company is already involved in a start-up in Huntsville for a wearable heart monitor, which needs an injection molded plastic enclosure, he said. Project XYZ is working with the startup's engineers to establish a design and a price point for the product.

At the July 6 ribbon cutting, Lewis said he grew up just four miles from the Muscle Shoals facility.

"All these years later to have a business and to have the largest part of our operation basically in my home town, it's very humbling," he said at the event.