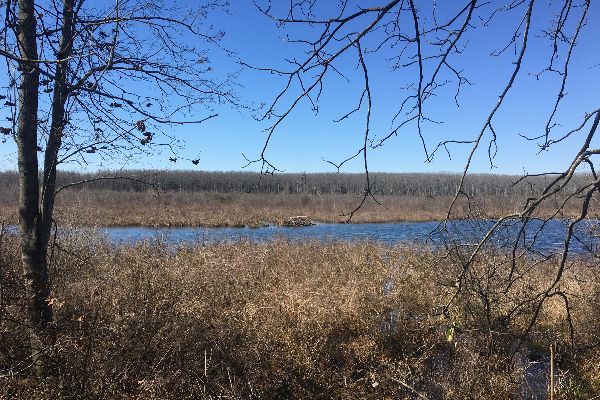 HUNTSVILLE, Ala. – Alabama is than a month away from the runoff election for the state’s US Senate seat. Tommy Tubberville and former senator Jeff Sessions are racing for the Republican nomination.

Sessions was in Huntsville Monday at a protest against recent TVA lay offs.

As part of a process to make improvements to the Tennessee Valley Authority’s IT department, a TVA spokesperson said they announced lay offs. Protesters at a rally Monday at Huntsville’s Big Spring Park say they worry those jobs will now go to people from overseas.

Jeff Sessions came to the event to show his support for the protesters.

Engineering Association, Local 1937 President Gay Henson says 12 IT workers were laid off in the fall. In June, a second-round 108 jobs were affected.

“Putting them out in this market imagine you are one of those people being laid off today what are your job prospects?”

TVA spokesperson Malinda Hunter says this lay off has been in the works for quite some time. Hunter says the changes are part of updating the utility’s IT department.

“We’re looking forward to the new changes we can implement to our IT model. It was outdated, lagging behind other utility industries, and we decided it was just time for a change to have the best and newest technology,” she said.

A statement provided to WHNT News 19 from TVA provides even more information about the decision to lay-off workers.

It reads in part, “TVA and its IT department are committed to continuously improving how we support the Tennessee Valley. To support that goal, the IT organization have been working on a year-plus long project to modernize how it provides its services. Union leadership has been involved with this process, which has included benchmarking other utilities and federal agencies as well as completing detailed internal assessments.”

“They found that TVA was lagging other utilities and federal agencies in moving from a customized internal software development process to using more modern software tools in a cloud-based system. A difficult but necessary decision was made to improve TVA’s process, which unfortunately did impact 108 individuals.”

“Certainly we didn’t plan to do such a think during a time of such high unemployment, but we are working with them in this transition,” Hunter said.

Hunter says of the 108, 37 found another position within the company. The others will receive full pay and benefits for 90 days.

None of the jobs affected by the lay-offs were in Alabama, they were in Tennessee. But Sessions says this is not just a Tennessee problem.

“So what I think the TVA people today are doing, the workers here today, they’re saying this is a danger to the TVA all of us and it highlights a flaw in our immigration system,” Sessions explained.

Hunter says TVA requires all work to be completed in the United States, but she says some of the positions could be filled by people from other countries who get a H1B visa to fill the job. She did not know how many individuals that could be.

Henson says this might not be the end of IT lay offs.

“TVA is looking at an additional 100 jobs right now. They’re considering them for outsourcing,” Hensen said.

WHNT News 19 asked TVA if any of the 100 additional lay-offs Hensen mentioned could affect workers in Alabama. The spokesperson said TVA is still looking at changes in the IT department and have not made any decisions on additional lay offs.