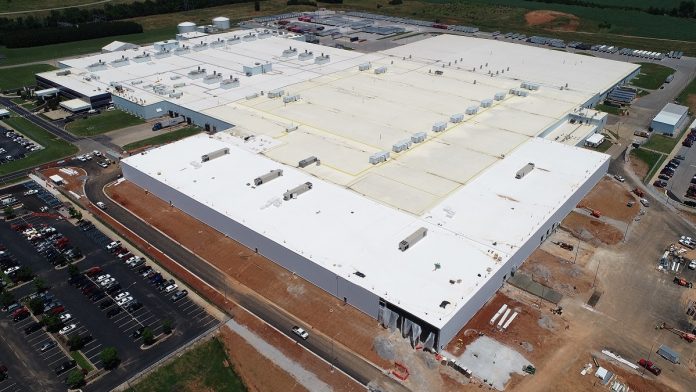 
Alabama received high rankings for its workforce development programs and auto manufacturing strength in a new report from Business Facilities magazine, which also picked Birmingham and Huntsville as top cities for business climate.

In the 16th installment of its Annual State and Metro Rankings Report, Business Facilities rated Birmingham as the No. 1 mid-sized metro area for its business climate, while Huntsville was No. 1 among small metros. Overall, Alabama ranked No. 4 for business climate.

Alabama’s workforce development and talent attraction programs ranked No. 2 among the states in the ranking, while Business Facilities rated Alabama’s automotive manufacturing strength No. 5.

“Alabama’s economic development team will continue to work tirelessly to recruit high-caliber companies, and this ranking is another testament to the advantages that our state possesses for businesses across the globe,” said Greg Canfield, secretary of the Alabama Department of Commerce.

“One of those key advantages is our workforce training programs, which are a key component of the support system we have in place in Alabama to help companies in many different industries find and develop the skilled workers they need to achieve success,” he said.

AIDT, the state’s primary workforce development agency, is a central player in Alabama’s strategic economic growth efforts, having worked with 5,200 companies and trained nearly 1 million workers since its founding in 1971. Last year, AIDT’s economic impact on Alabama was calculated at $7 billion.

“Any success we have in Alabama regarding workforce development and talent attraction is due to a myriad of things,” said Ed Castile, director of AIDT and head of the Commerce Department’s Workforce Development Division.

“This includes an available workforce with an extraordinary work ethic, world-class companies that choose Alabama and hire our citizens, a business-focused governor and Legislature who are totally engaged in our workforce strategies, and a secretary of commerce who helped create the Accelerate Alabama strategy that is the foundation of all our work.”

Castile added, “The AIDT staff is among the best in the business of both workforce development and talent attraction, and I commend them and many others involved in this work for this recognition. We are very proud to be part of the ‘Made in Alabama’ and the ‘AlabamaWorks’ team.”

Alabama’s auto industry is poised for growth as Mazda Toyota Manufacturing completes its new assembly plant in Huntsville, and Hyundai and Mercedes-Benz move forward with major expansions in the state.

Both the Birmingham and Huntsville areas have recorded high levels of economic development activity.

Last year, Jefferson County, the heart of the Birmingham metro area, attracted $456 million in new capital investment, along with more than 1,100 jobs, according to the Commerce Department’s 2019 New & Expanding Industry Report.

Major projects included the recruitment of a Carvana automobile distribution center in Bessemer with a projected 450 jobs and a $215 million expansion at a U.S. Steel facility, adding 150 jobs.

Companies such as Lockheed Martin and Toyota announced growth projects in the Huntsville region last year, as did several suppliers to Mazda Toyota Manufacturing.