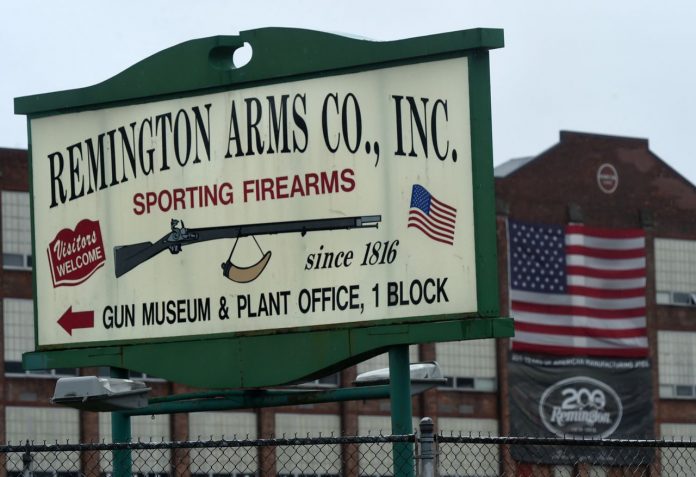 
Syracuse, N.Y. -- Remington Arms, a major employer in the Upstate New York village where it was founded in 1816, has filed for bankruptcy protection for the second time in two years.

The gunmaker filed for reorganization under Chapter 11 of U.S. Bankruptcy Code on Monday. When it did the same thing in March of 2018, it transferred ownership of the company to senior lenders and shed $775 million in debt, but the company has continued to struggle with slumping sales.

In its new filing, Remington CEO Ken D’Arcy said that, although the previous bankruptcy case restructured the company’s balance sheet, the company emerged with excess inventory and a wide range of brands that extended beyond its core focus. Most importantly, unfavorable business trends continued after the restructuring, he said.

Among the outstanding debts the company listed in its filing Monday is a $12.5 million loan it obtained from the city of Huntsville, Alabama, in 2014 to improve its manufacturing facility there. Huntsville is also where the company’s headquarters are.

Under its agreement with the city, annual principal and interest payments on the loan can be forgiven if the company meets certain employment goals in Huntsville. However, the company said it was not in compliance with the employment goal for the most recent annual test period.

The company also lost $3 million in incentive payments from the state of Alabama in 2019 for failing to meet hiring and payroll targets.

In addition, the company reported $30 million in outstanding claims owed to its various vendors, suppliers and service providers.

The coronavirus pandemic and recent social unrest have sparked increased gun sales in the U.S. However, Remington said it has not been able to take advantage of the trend because it had to suspend operations temporarily during the pandemic and it has insufficient funds to purchase the raw material needed to scale up production.

The company manufactures in seven facilities across the U.S. with a total of 2.5 million square feet of manufacturing space, and sells its guns and ammunition throughout the United States and globally. The majority of its revenue is derived from two key firearms facilities -- one in Huntsville, Alabama, and the other in the Herkimer County village of Ilion -- and ammunition plants in Lonoke, Arkansas, and Mona, Utah.

Remington was founded in Ilion and is still a major employer there. The company employed up to about 1,000 people in Ilion, but it’s believed to have fewer employees there now.

The company filed the Chapter 11 case in U.S. Bankruptcy Court in the Northern District of Alabama. The case number is 20-81688-11.