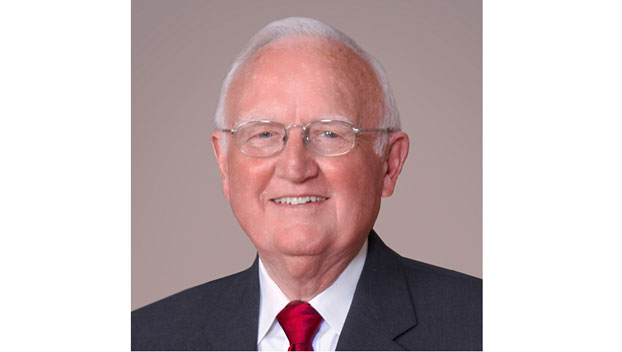 
Established in 1973 to honor those individuals who have brought lasting fame to the state of Alabama through their business contributions, the Alabama Business Hall of Fame has now announced the names of the seven individuals who compose the Class of 2020 – and a well-known member of the Russellville business community is among the honorees.

Batchelor is the chairman of CBS Banc-Corp and chairman emeritus of CB&S Bank, based in Russellville. His 56-year banking career is one defined by success in establishing and leading banks throughout the state.

During his tenure as chairman, CB&S Bank grew from having $5 million in assets to more than $2 billion in assets. The bank also grew from one office in Russellville to an impressive 56 branches in Alabama, Mississippi and Tennessee.

A veteran of World War II, having served in the United States Navy, Batchelor is committed to the community of Russellville and has been twice honored as Citizen of the Year. He is a 72-year member of the local Civitan Club, and he has also led a number of community-oriented initiatives throughout the state of Alabama, including successful efforts to raise funds for hospitals and health-related causes.

Michael D. Ross, bank president and CEO since 2017, praised Batchelor for his historic and continuing contributions to the bank’s success. “The mission statement of CBS Banc-Corp and CB&S Bank is, ‘With passion and integrity, we strive to enrich the lives of our neighbors, customers and employees by building meaningful relationships.’ Cecil Batchelor lives this mission every day and is truly deserving of this honor,” Ross said. “I am honored to have the opportunity to serve him as well as the rest of our shareholders and employees. Congratulations Cecil!”

Because of the ongoing coronavirus pandemic and in the interest of the health and safety of inductees and their guests, the Hall of Fame has decided the induction ceremony will be rescheduled to fall 2021. Details of the ceremony will be issued at a later date.