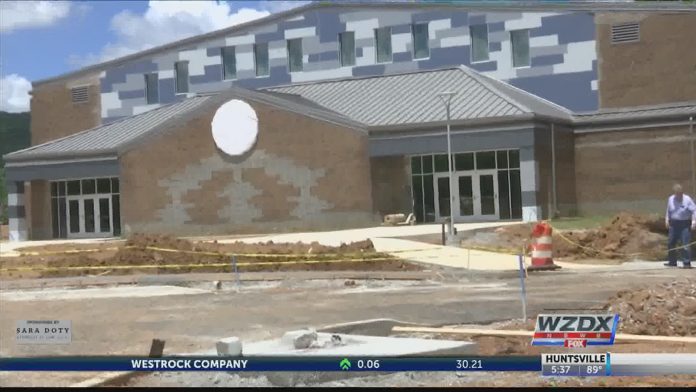 After about a year of construction, one of the city's most anticipated new centers is about to open its doors-- and we got a sneak peak inside.

A recreation center like no other in Huntsville. But, officials say the Johnson Legacy Center is about much more than fitness-- it’ll shape our community.

Devyn Keith addresses the media during the Friday afternoon tour and says, “This is not just a project, this is about people.”

Huntsville City Council President, and District 1 Councilman Devyn Keith reflects on why it’s crucial to bring a center like this to his District-- bringing new life back to the old J.O. Johnson High School Campus . And why the project is close to his heart. Keith says, “The people who were in this building-- my mother in 1987 celebrated a state championship, and then after that quickly had a young man named Devyn Keith be born. This is for the class of Johnson. This is for the legacy of the people in this community.”

We got a look around, and visitors have quite a bit in store.

The center holds a state-of-the-art fitness center with-- we’re told-- over 3,000 square feet of the latest equipment. One of the organizers of the fitness room tells our reporter, “We were asked to do something special. This is going to be a very special place in this center.”

Workers are preparing to seal the floor of a futsal and volleyball court for community use. We're told this is the first specifically designed indoor futsal court in Huntsville.

The center is home to a 36-foot-high rock climbing wall, with 19 anchors, an arch, crack system, and something for climbers of all levels. The new resident climbing specialist tells reporters, “We’ll have a variety of routes that’ll all be color-coded and difficulty all the way from beginners to advanced.”

There are some big changes being made to the area surrounding the center with new landscaping underway.