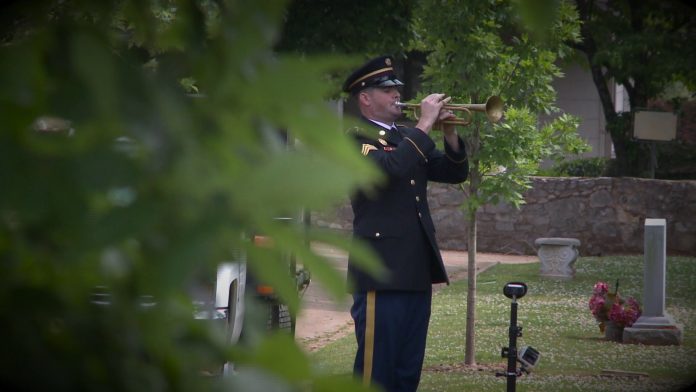 HUNTSVILLE, Ala. – There are several distillers who make whiskey in Alabama. We caught up with one bourbon maker in Huntsville who couldn’t sell to customers during the COVID-19 health crisis. But that didn’t slow down the spirits.

That’s enough to fill two 15-gallon barrels. “It’s about 90ish bottles per week,” he said, “A hundred bottles a week is what I’m filling.”

There are two stories behind why he wanted to start making his own whiskey. “One is, it seemed like a good idea at the time, just five gallons a week, that can’t be that hard which turned out to not be true at all,” he said smiling.

The second is he wanted to make sure he was doing it legally. “I didn’t want to have the ABC and the feds kickin’ up my steps and getting busted for making illegal hooch in the backyard,” he said with a laugh.

Jeff’s full-time job is with NASA. “I work on the space launch system, the SLS program in strategic communications,” Jeff said. That has come in handy with his business. “Even though I’m an aerospace engineer, I’ve been marketing guy my whole career,” he told me.

A friend helped him with the logo and branding. Irons Distillery is a family operation. It’s Jeff and his wife. He’s the master distiller. But she has the best job of all after the whiskey ages. “When my wife who is the chief tasting officer approves it, then we bottle it,” he said.

She apparently has a better palette. “Yeah, exactly,” he said smiling, ”I made the mistake of bottling 90 bottles back in the day and the CTO was not happy, so I emptied 90 bottles back to the barrels.” It has to pass her taste buds test before being bottled and sold.

It takes a week from mixing the mash to getting it off the still. It then sits in oak charred barrels for two years. “The alcohol when I get it out of the barrels is probably around 115, 118 proof and then basically I cut that down with distilled water down to 90 proof,” Jeff said.

Jeff Irons is Alabama’s seventh distiller. “I thought the name Old Number 7 would be pretty good, but I think that would last about five seconds before I got a cease and desist notice from the guys up north here,” he said with a chuckle.

Good decision. “I make 30 gallons a week,” Jeff said, “Jack Daniels makes 50 gallons a minute on one of eight continuously running stills.” He’s happy being the little guy. “I am good at where it is right now at this level and it’s probably up to somebody else to come on in and grow it to the next level if they want to,” he added.

Jeff didn’t get into making whiskey to make money. He did it to create a spirit that people would enjoy. “Exactly, and that’s been a lot of fun,” he said, “The whole goal was to make a whiskey for our community.” And we can all drink to that.

To find out when Jeff’s next batch of Irons One Whiskey will be ready for sale, you can follow him on the Irons Distillery Facebook page. But you might want to check the page frequently. It takes a couple of years to make, but only a few minutes to sell out.