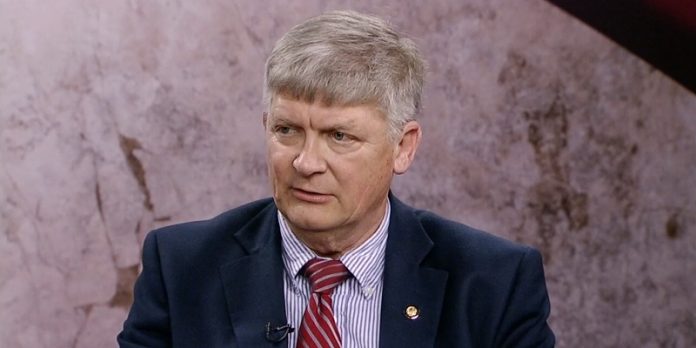 
Even though the federal government has the spigots wide open in attempting to pump money into the American economy as it was forced to shut down in response to the COVID-19 pandemic, that assistance is not getting into the hands of the people that need it.

That is a chronic complaint of business from one end of Alabama to the opposite end, and measures that were meant to be temporary are forcing some small businesses to close for good.

State Sen. Greg Albritton (R-Atmore), the chairman of the Alabama Senate general fund committee, argues more government is not the answer for the current economic struggles. Albritton, who represents the rural State Senate District 22 in southwestern Alabama, told Huntsville radio’s WVNN the fix is getting reopened.

“Look, I’m getting to be long in the tooth,” he said. “What I meant to say — I’ve heard Sam tell me a lot of times, and that’s my uncle, ‘I’m here to help you. Just trust me. I’ll take care of it.’ Most of those time, even though the intent is valid, the ability is not there. Yet, there’s lots of money that’s being spilled out, spilled over and sent out. But that money is missing the mark many times. It’s not because there’s an intent to harm or do poorly. It’s the point that in order to control public money, there has to be oversights and limitations.”

“For example, when Harvard applied for and was granted some of the monies that was supposed to go to small businesses, that wasn’t the intent,” Albritton continued. “A lot of political pressure came down. Harvard gave the money back. Guess what? Now the government can’t dispense that money out again. They have it, but they can’t do anything with it. All of those are typical governmental interferences with what the free market usually gets around. I say all to suggest, while the government — I appreciate everything the feds are trying to do, I appreciate their efforts in trying to fix those difficulties that the government itself has created, we cannot expect the government to fix all of this. The only fixing to it really is getting back to work, getting business off its back and back into the storefronts.”

Albritton explained that he only knew one coronavirus victim, which he said was possible evidence of the measures put in place by the state of Alabama working. However, he stressed the urgency of emerging from the shutdown and getting some of the businesses to be deemed “non-essential” back up and running.