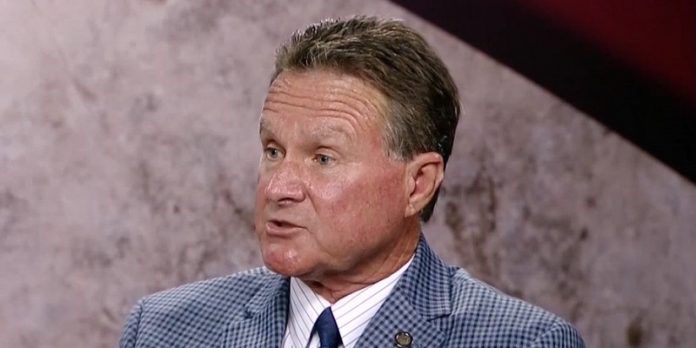 
Hardly anyone will come out a winner once Alabama has emerged from the suffering inflicted by the coronavirus pandemic and the measures put in place to limit the spread of the virus.

Every corner of the state will be economically impacted by the shutdown order put into place by the state government in some way, shape or fashion. However, inadvertently there seems to be a double standard for retailers that offer goods and services deemed to be both essential and non-essential. In contrast, competing stores with the same non-essential goods and services offered by those same retailers are forced to close their doors by order of the State of Alabama.

During an appearance on Huntsville radio’s WVNN on Wednesday, State Sen. Donnie Chesteen (R-Geneva) said this was a concern for him and the constituents he represents in Alabama Senate District 29, which includes Dale, Geneva and Houston Counties.

“It doesn’t matter how retail-heavy — if you are a small business owner and have a store, you are drastically impacted right now,” he said. “I talk to a lot of small business owners every day. Some haven’t received any money, any funding from the federal government. Their frustration lies in, again, like we’ve talked about statewide — the big box stores continue to operate. And they can have a parking lot full of cars and people in their stores. They’ll say, ‘We might have three customers in at one time. Why are we held to a different standard than the big box stores?'”

“I feel for our small business owners statewide because many of them are operating off such thin margins, to begin with,” Chesteen added. “And the fear is not many will reopen their doors.

The Geneva County lawmaker said this double standard had not been missed by his constituents.

“It is, especially if you are a small business owner, as I get questions asked of me constantly — manufacturing hasn’t missed a day of work,” Chesteen said. “Now you have employees working in close quarters in manufacturing, which I’m glad they are. We have to keep people working. But it just seems when you look at the big picture here that small businesses are playing by a different set of rules. Even our doctors’ offices, our physicians — I had a physician call me and say, ‘I need to find out what the guidelines are because I’m going to have to lay workers off because no patients are coming into the office now.’ And this is a very highly successful family practice office. They don’t have patients coming into the office for fear, I guess, of the virus.”

There have been concerns raised about potential disruptions in agribusiness, which is prominent in that part of Alabama. Chesteen said those had been raised, but as of now, particularly as it pertained to poultry growers, there have been no disruptions.

“One of the concerns from the poultry processing plants — there was an outbreak of the COVID in one of the processing plants,” he explained. “I think they were going to shut down, and so you look at the impact that has on our growers when they’re not processing birds, and you’re growing, and when you have a flock of birds that need to be picked up and taken to the plant, you’re stuck with those birds. There’s nowhere to go for them. They’re not processing birds. But that has not happened to that extent yet. But that has been a concern by many of our poultry growers.”

Relying on the help promised from Washington, D.C. has not been an option for some, according to Chesteen, who serves on U.S. Rep. Martha Roby’s (R-Montgomery) task force requested by Gov. Kay Ivey. He pointed to one of his constituents that was still awaiting the benefits promised in the CARES Act.

“Absolutely — it has not,” he replied. “I talked to a lady who owns a hair salon yesterday. She has not gotten the first penny, any of the stimulus. For those who are getting it — good for them. But we’ve got to find a way to get it to the Main Street, Small Town, U.S.A.”

“It can all sound good on paper,” he added. “But how do we get it in the hands of these businesses, these owners that are desperately needing it right now to survive.”

MONTGOMERY – Alabama Speaker of the House Mac McCutcheon (R-Monrovia) favors a “phased approach” to reopening Alabama’s economy, and indicated that May 1 is the day the process should begin.

McCutcheon held a press conference Thursday afternoon at the statehouse to update the public on where he and the state legislature stood amidst the coronavirus pandemic.

“I would hope that we would,” the speaker replied when asked to confirm that the economy should start resuming on May 1. However, the speaker said he would defer to advisors at the Alabama Department of Public Health before making a firm decision on a specific date.