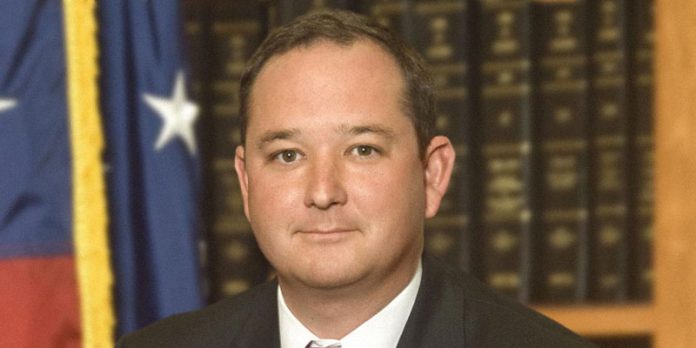 
As Alabama is awaiting direction from state officials on the specifics of reopening Alabama’s economy amid the struggles of the COVID-19 pandemic, there have been rumblings about the lack of details coming out of Montgomery.

One of the first to step out and be openly critical of Gov. Kay Ivey and State Health Officer Scott Harris is State Sen. Chris Elliott (R-Daphne). He is also a member of the Alabama Small Business Commission Emergency Task Force assembled by Lieutenant Gov. Will Ainsworth.

During Saturday’s broadcast of Huntsville radio WVNN’s “Will Hampson Weekends,” Elliott responded to a question about Coastal Alabama’s tourism economy, which has been affected by the coronavirus shutdown. The Baldwin County lawmaker called for a specific date on reopening so that businesses in his tourism-heavy district could make preparations.

“An important thing to realize about the tourism industry — we live in dog years,” Elliott said. “Every day in our market is like seven days in a regular market anywhere else. We make all of that money in a very short amount of time in the summer. And we’ve lost a full quarter of that already. And it will only get worse if we don’t have clear direction from the governor and the state health officer really darn soon. That has been one of my biggest issues — is if you’re going to revise your order or change your order, fine. But let’s go ahead and set a date for that, sooner rather than later so we can start getting some of our employees back to work, which could take more than a week, a week or two so that the restaurants, the hospitality industry here can start to get their inventory back up. You know, they’ve got to have food to sell and cook, etc. Those things have to happen and have to be planned for well into advance so that we can make sure we can practice social distancing and can open back up safely where our customers are safe, and our employees are safe.”

When asked by host Will Hampson about the lack of certainty coming from state officials, Elliott was critical of the Ivey. He pointed to the report submitted to the governor’s office earlier this month, which he said had not resulted in action nor direction.

“I have not been thrilled with the communication of, and I have not been thrilled with the specificity of a lot of these orders and directions,” he continued. “And really — the specificity of where we are going from here. You know, Lieutenant Governor Ainsworth has gotten some flack for maybe stepping into an arena that was the governor’s. I would say two things: One, he was asked to do it by the governor. Two, the small business commission and the emergency task force that he put together generated a report of almost 170 pages of detailed recommendations over eight days ago. And still, no action, no direction other than a press release that said, ‘We’re looking forward to reviewing it, and we’ll be reviewing it now.’ And we’ve got to ask ourselves which one are we doing — are we reviewing it now, are you looking forward to reviewing, and when are you going to make a decision?”